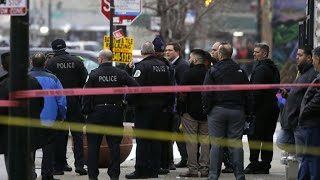 “I just don’t understand how he’s gone. He’s gone, and there’s no getting him back. No getting my baby back,” said his mother Sherice Mann-Stinson.

Burdine was among 15 people in Chicago shot and killed over the Fourth of July holiday weekend.
Aaron Gordon, 21, of south suburban Country Club Hills, was also among the deaths. His family is overcome by grief.

Detectives said they believe several of the shootings were motivated by gang retaliation, and alcohol was a factor in many others.

No major gun control group could be reached for comment. We here at Patriots1776 are calling on the legislators to make it illegal for gang members with criminal records to obtain firearms.

One million Muslims Offered Free Vocational Training. Against Their Will.