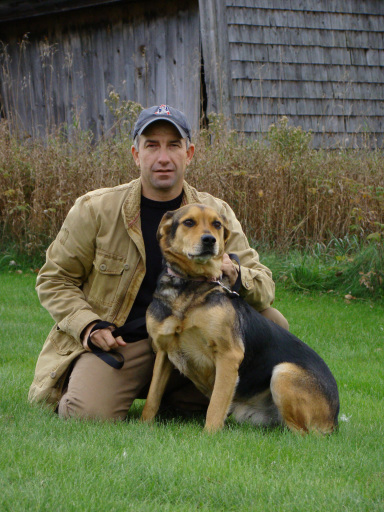 A 2nd too far?
Andy Torbett, The Maine Conservative Voice • September 13, 2018
It seems in a moment, a second, our nation has been turned upside down. What was once called right is now called wrong. What was once freedoms to be cherished and defended are now archaic abuses better regulated by the government.

The insanity we see festering across our nation has even found its way to our rural communities in Maine. Here in Piscataquis County, those vying to hold political office are struggling to grasp the ideals of freedom that shaped the foundation of this great republic. This is an area of Maine long known for its conservative, traditional ideals, but some would wish those ideals away from our communities.

My dear friend, Patty Davis, was gathering signatures recently in support of the 2nd Amendment here in Piscataquis County. She approached two candidates for political office from the Democrat Party, Sue Mackey Andrews and Dr. Richard Evans, running for the Maine Senate and House of Representatives respectively, and asked them for their signatures. Both declined with the stated reason that the “2nd Amendment goes too far.”

The 2nd Amendment protects our natural born right to self-defense, to bear and to keep arms or armaments to protect us from government, which has a repeated history of abuses towards the governed. Our founders were keenly aware of this pattern of abuses by governments throughout history and believed that a well armed populace was the best way to keep government, which is prone towards corruption, in check, a backstop, if you will. understanding that utopia is the hope we all strive for, the founders knew that the reality we all must live in while we search for the lion and the lamb requires at times a weapon to protect us from the wolf.

But Ms. Andrews and Dr. Evans’ message to rural Maine is that your natural born right to self-defense goes too far. Which part of this right would they like us to abdicate? Who would be the moderating force to curtail our out-of-control 2nd Amendment?

Ms. Andrews and Dr. Evans are simply touting the Democrat Party mantra. Government is the convening authority over freedoms. Individuality and independence should be measured out at the discretion of bureaucracy in the new Democrat socialist view.

The mask is off the Democrats like never before. A self-reliant, self-made, and self-defended citizen is the “too far” the Democrats decry, too far out of the control of government. They prefer a controlled citizenry.

Here in rural Maine, there is one thing we think goes too far. A government, a politician or a candidate that would tell a man or woman what weapon or in what way to defend themselves. That goes too far!