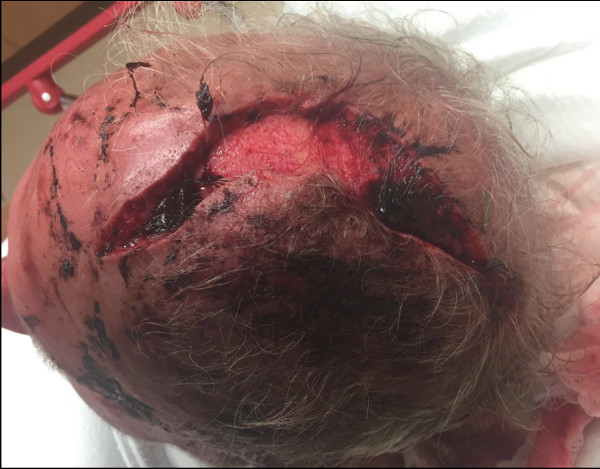 Another case of bear spray failure occurred in Montana on September 4th at about 8 a.m.  A grizzly bear charged through bear spray to get at Tom Sommers.

Sommers and his partner Dan were bow hunting for elk when they saw the bear about 30 feet away.  Dan put out a cloud of spray, but the bear charged through it.

Sommers was unable to get the safety off his spray can and dropped it as the bear closed with him. He then accessed a pistol, but was unable to shoot before the bear swatted his hand down. As the bear attacked him, it stood on his hand/gun, so he could not shoot.

(Tom Sommers) And partner Dan both pulled out pepper spray. Dan sprayed but Toms spray didn't work so bear came after Tom. Tom ran behind a tree, bear kept coming. apparently bear chased Tom around tree twice, Tom got his pistol out turned to shoot, bear knocked his hand down. Tom hit ground. bear bit through thigh then put toms head in his mouth. while head in mouth tom tried to shoot bear in neck but bear stepped on hand /gun. Tom said he could hear his skull cracking. thought that was it. Dan shot bear at 2 feet with pepper spray. that's all it took. bear ran off and tom shot at it but said he couldn't see anything from all the blood and pepper spray in his face. 4 hours later after several hours on back of mule he is alive and in hospital. great spirits. was laughing. hope I did his story justice.

It was only after the bear was sprayed at extremely close range (2 feet) that the bear stopped the attack. Then Tom fired a shot. Whether it was the spray or the shot or both that kept the bear from returning is uncertain.

“The bear just flat-out charged us,” said Tom Sommer, as he recovered in a Montana hospital on Tuesday afternoon. He said it closed the 30-foot (9-meter) distance in 3 or 4 seconds.

The attack on Sommers is reminiscent of the attack on Todd Orr that happened in the same area less than a year ago.  In that bear spray failure, the bear also charged through a cloud of spray. Todd Orr also relied on bear spray instead of his pistol, and was unable to use the pistol while the bear was mauling him. Orr was alone when attacked.

Both Orr and Sommers yelled at the bear to “let them know they were there”. It was the wrong decision in both of their cases.  Both bears attacked when they were yelled at. Both men sustained severe injuries to their head that required dozens of stitches. Both were fortunate to survive.

There are numerous flaws in the “studies” that show bear spray to be effective.  A skeptical article by the Bear Attack Examiner, Dave Smith, tears apart the idea that studies have shown bear spray to be more effective than firearms.

A thorough review the research on firearms and bear spray reveals that it's not possible to make a legitimate comparison of bear spray to firearms, and that Smith's research on bear spray and firearms is flawed and biased.

A far more significant problem is that the results of Tom Smith's study on firearms are inconsistent with the results of a 1999 study by Miller and Tutterrow on Characteristics of Nonsport Mortalities to Brown and Black Bears and Human Injuries from Bears in Alaska. Miller & Tutterrow examined more than 2,000 incidents from 1970 to 1996 when people killed bears in defense of life of property, and less than 2 percent of the people involved reported injuries. Instead of offering a meaningful explanation for major differences between the two studies on firearms vs bears, Smith and Herrero claimed there were no previous studies on firearms vs. bears.

Bear spray can be a useful tool. It is good for conditioning non-aggressive bears to avoid humans. The claim that it is more effective at stopping bears than firearms is unwarranted. Smith explains the advantages of bear spray.

Lighter than a gun; requires less training; no risk of an accidental, fatal shooting; and no real skill required for use.

“So fine, go to bear spray,” he said, “but realize you’re giving up something.”

He is of the belief that it was only a matter of time before the growing faith in bear spray got someone killed. He’s not alone.

Bear spray has had a number of spectacular failures. It has had numerous successes with non-aggressive bears.

Guns and Hate Crime: What We Know (and Don’t Know) About the Role Firearms Play in Bias Attacks