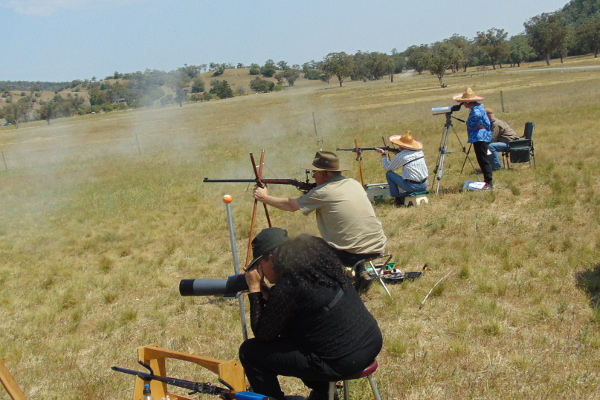 The main event of the Club, is the Billy Dixon Match held at the Nioka Range, near Tamworth in September each year. The Billy Dixon is named after the legendry American hunter and indian fighter who brought the battle of Adobe Wells to an end by shooting the Indian Chief off his horse at 1538 yards. The Nioka Range new range is 1000 yards long with provision to shoot out to 1200.

Matt Miegel has been the driving force behind creating the range. He found a need for a private, long distance range in the shooting community. Many clubs have ranges on a lease arrangement. When the owner of the property dies, the lease is often not renewed. Other shooters depended on military ranges. Only 30 years ago, military ranges were common in Australia. Shooting clubs used the military ranges. Now, the military ranges are dwindling and being closed down.

Matt saw the opportunity to serve the shooting community and to bring income to the family property at Nioka. The range takes up a thousand acres, but only about 20 acres are closed off from being used for grazing.

The range land serves multiple purposes. The shooters have little impact on the land. The local council was, and is supportive of a rural venture that brings cash to the community.

When I was at the range a week ago, I heard rumors that the range might be expanded to 1600 meters, a full mile. On this visit, Matt Miegel confirmed the rumor. He said it is a done deal. The 1,600 meter targets should be operational in a few months.

Nioka has already been a success with long range rifle shooters. Matt says an average of a hundred shooters attend long range classes at Nioka every month. The instructors are former military. Matt said that people come to a class. shooting six inch groups at a hundred yards, They leave with the ability to make first shot hits on gallon jugs at a thousand yards. Matt is a visionary who made his vision become a reality.

The day at Nioka Range was very pleasant. Paul Miegel, the property owner, cooked lunch for the shooters. 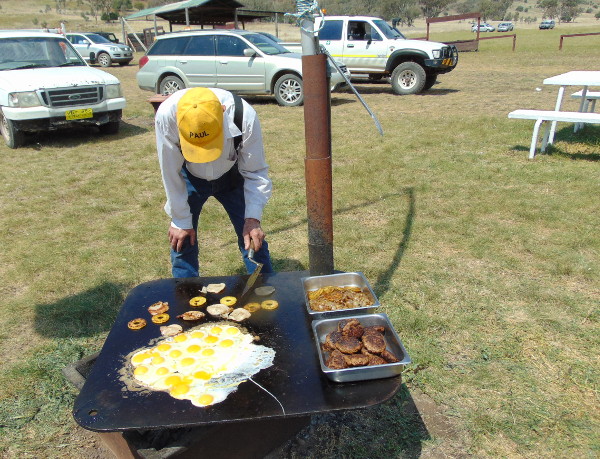 There is a fellowship in the gun culture, the community of shooters. In most countries, only the elite have access to firearms. Australia has become much more restrictive of firearms ownership in the last 20 years, and seems to be on that path.  To be a firearms owner, you need to have resources, time and money. Status in the community is a definite plus.

The Australian gun culture is finding ways to overcome the strict regulation, and to prosper. The numbers and percentage of the population that are shooters are growing. The Nioka Range and Matt Miegel are part of that blossoming.