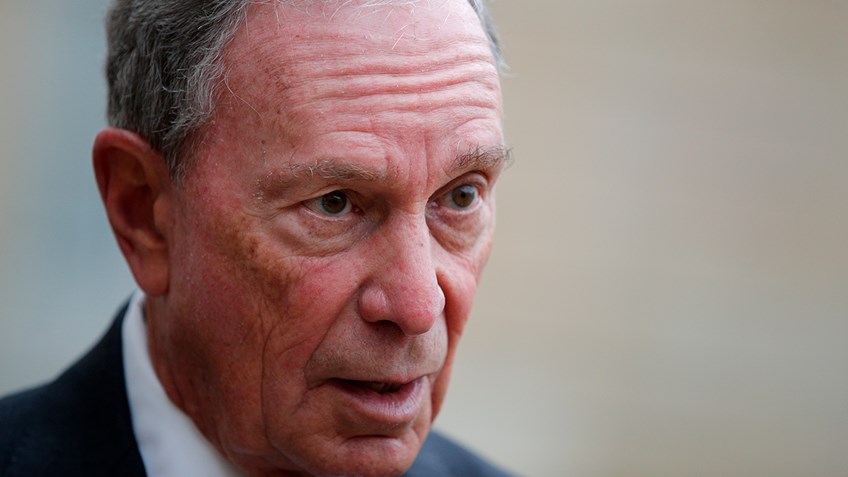 According to a September 17 report from the New York Times, the would-be oligarch is interested in seeking the Democratic nomination for president in 2020. Though Bloomberg has previously run for political office as a Republican and an independent, the political opportunist told the Times, “It’s impossible to conceive that I could run as a Republican — things like choice, so many of the issues, I’m just way away from where the Republican Party is today.” He added, “That’s not to say I’m with the Democratic Party on everything, but I don’t see how you could possibly run as a Republican. So if you ran, yeah, you’d have to run as a Democrat.”

The title of the Times piece was, “Bloomberg May Run for President as a Democrat. Some of His Views May Cause Him Trouble.” The latter half is an understatement. The famously authoritarian Bloomberg’s views on civil rights are likely to find him as many enemies on the left as on the right.

Bloomberg used the recent Times interview to defend New York City’s controversial use of stop-and-frisk. More commonly termed a Terry Stop, it is a tactic whereby police are permitted to pat down an individual they reasonably suspect of being engaged in illegal activity if they suspect the person to be armed. Many critics of the tactic believe that it has been used as a pretext to hassle the city’s minority residents.

The racial insensitivity that many perceive in Bloomberg’s views isn’t isolated to the stop-and-frisk issue. In 2015, the Aspen Institute hosted “A Conversation with Michael R. Bloomberg.” At the forum, Bloomberg explained how governments need to restrict access to firearms for young adult minorities.

Bloomberg’s representatives were initially successful in suppressing video of the event, blocking a local Aspen, Colo. television station that had planned to broadcast the talk from airing his inflammatory statements. Later, however, an audio recording of the event was made public. In it, the former mayor can be heard saying,

It’s controversial but, first thing is all of your, 95 percent, 95 percent of your murders and murderers and murder victims fit one M.O. You can just take the description and Xerox it and pass it out to all the cops. They are male minorities 15 to 25. That’s true in New York, it’s true in virtually every city in America. And that’s where the real crime is. You’ve got to get the guns out of the hands of the people that are getting killed.

Civil rights advocates also took issue with Bloomberg’s statement that the “only way to get guns out of kids’ hands is to throw them up against the wall and frisk them.”

Whether the septuagenarian can square his indifference to civil rights with the Democratic base enough to secure the party’s nomination in 2020 is questionable. However, the billionaire’s attempt to influence the 2018 midterm elections is not.

In June, Bloomberg announced his intent to spend at least $80 million during the 2018 election cycle, with the explicit goal of helping the Democrats take control of the U.S. House of Representatives. In a statement Bloomberg released outlining the plan, the former mayor cited “gun safety” first, among a handful of reasons, for the extravagant expenditure.

While addressing a gun control rally in Seattle, WA, last week, Bloomberg said of NRA, “We haven’t knocked them out yet, but they are on the ropes.” It was an interesting choice of words. Wishful gun control supporters have long prophesied the demise of NRA. In fact, the December 9, 1988 edition of the New York Times carried an article titled, “N.R.A. On the Ropes.”

Moreover, that anti-NRA bravado is directly controverted by a June 20 New York Times article detailing Bloomberg’s political largesse. A source privy to the strategy deliberations on how Bloomberg should deploy his cash told the Times, “he is unlikely to get involved in rural, conservative-leaning districts where his views on guns and other issues could stir an uproar.”

Regardless of whether he runs for president or the falsity of his bluster about NRA, Bloomberg’s sophisticated political operation is a threat to freedom in the here and now. Combatting Bloomberg’s obscene spending will require all NRA members and other gun rights supporters to not only vote this November 6, but to ensure that their like-minded friends and family do as well.