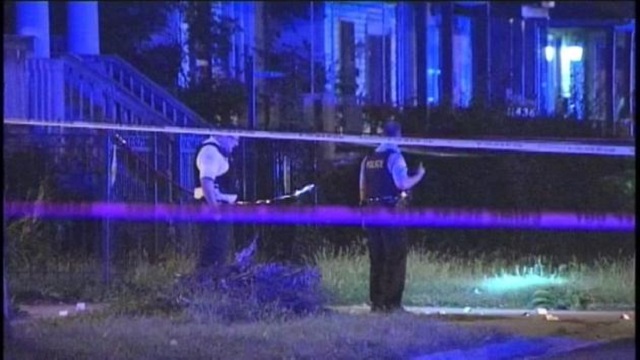 The violence continued in Chicago last weekend, as five people were killed and 31 more wounded in shootings around the city from Friday afternoon through Monday morning.

The shootings included a triple homicide and a man shot on a Chicago Transportation Authority Green Line train on the near west side of the Windy City, the Chicago Sun-Times reported.

The triple homicide took place in the far south side Roseland neighborhood, where two women and a man were fatally shot late Saturday night. Police indicated the group was standing behind a parked vehicle when two people rushed out of an alley and opened fire on them.

Tyson White, 36, was hit in the neck, and the women, 26-year-old Jacquell Mosley and 30-year-old Dominic N. Morris, were each shot several times. They were all pronounced dead at the scene.

The Roseland neighborhood also saw another fatal shooting Sunday evening, when 22-year-old Steven Reid was found by police officers with a gunshot wound to the head. Reid was later pronounced dead at a local hospital.

The first fatal shooting occurred in the early morning hours on Saturday in the south side Back of the Yards neighborhood. Carlos Cortez, 22, was shot multiple times and found by police lying in the street. He was taken to a local hospital and was pronounced dead shortly thereafter.

The CTA Green Line shooting went down on Friday evening when a 30-year-old man got into a tussle with two other people on the train. The group fought over a gun, which went off inside the train and hit the 30-year-old man in the shoulder. The man was taken to a local hospital, while two people were taken into custody for questioning.

Early Sunday, 19-year-old Juan Flores was shot and killed by Chicago Police when he seriously injured an officer by hitting him with his car in the northwest side neighborhood of Hanson Park.

At least 30 more people were shot in Chicago last weekend.