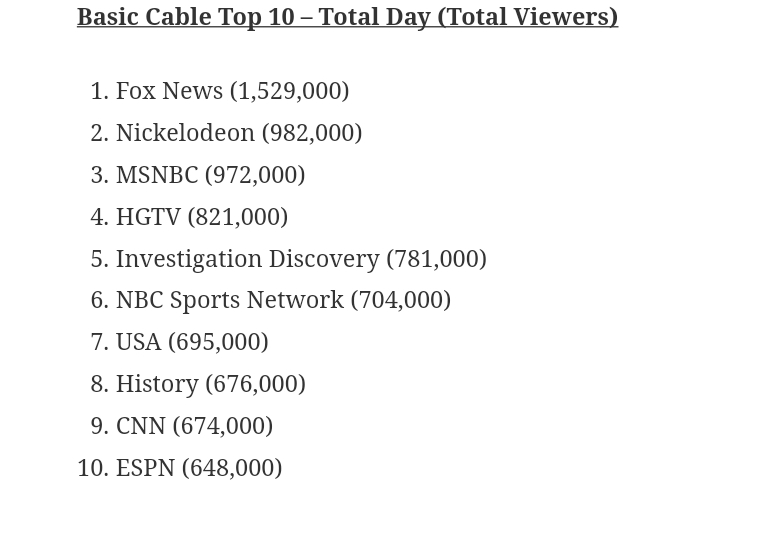 CNN has seen a steady drop in their ratings over the past few years, but even with that decline, their ratings are still above MSNBC and HLN, as seen here in this September 25th TVnewser release. Some are contributing their ratings to what is referred to as the Trump bump.

CNN offers Global News where one can turn in and get News from all over the world on different topics. Well at least it used to be, lately, it’s nothing more than a Trump Bashing Fest, a place where you can tune in now and get constant Trump bashing from 6 am in the morning when you wake up, to 12 pm at night. You’re constantly bombarded with everything Trump News. And only bad news.

Fox News, however, has taken a different approach. Yes, you still get your daily dose of Trump News, but they also provide you with a diverse portfolio of breaking news topics that affect the average citizen. 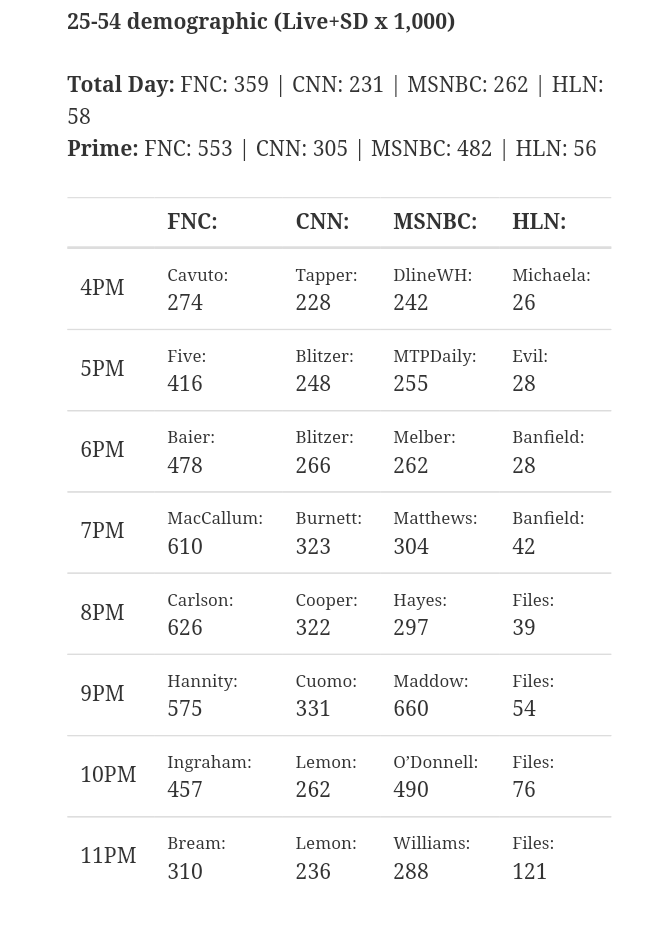 Right now CNN is thinning out their viewership and appealing to people who just hate Trump, the way things are going, who knows what will happen to CNN if Trump wins the 2020 election.