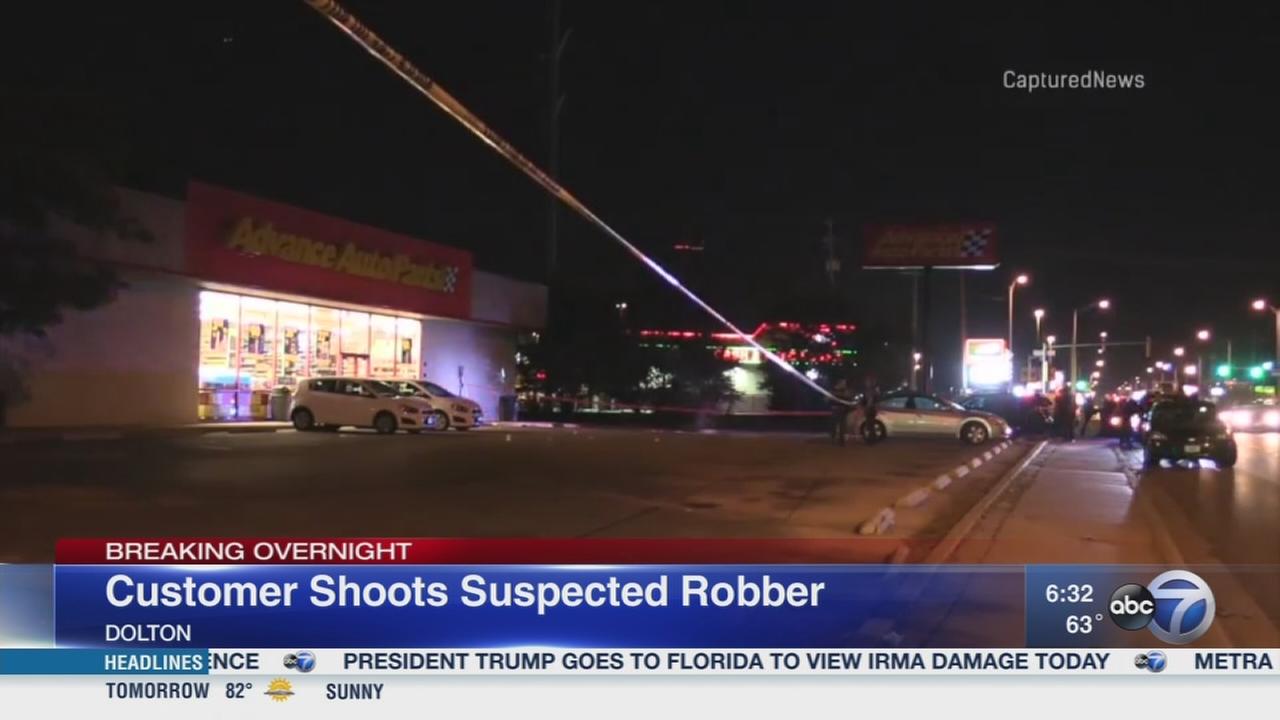 A 20-year-old man with a gun walked into the Advance Auto Parts store in the 800-block of East 147th Street around 8 p.m. and tried to rob the store. He ran out of the store and toward a customer, who told police the suspect had a gun. The customer pulled out his own weapon and shot the suspect at least once.

The 20-year-old was transported to St. Bernard Hospital in critical condition where he died. The Cook County Medical Examiner’s Office identified him as Jonathan Agins of Dolton.