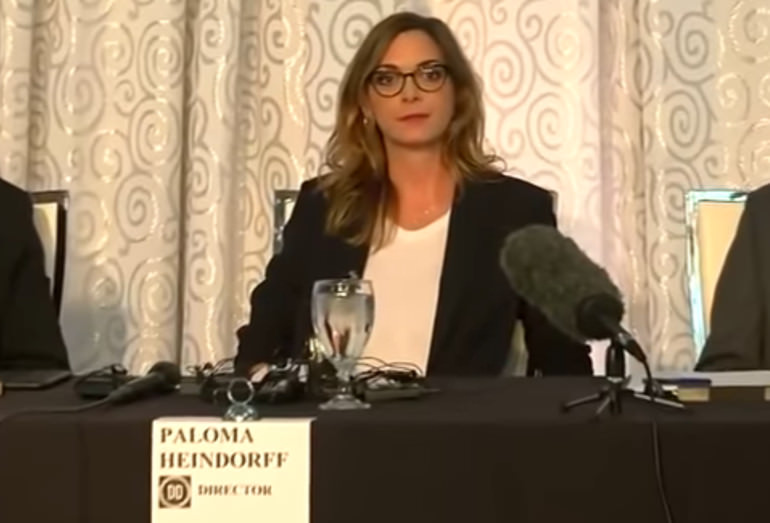 At a news conference in Austin, Texas, Paloma Heindorff has announced that she has taken the position of Director now that Cody Wilson has resigned the post amid his legal troubles over alleged sex with a 16-year-old prostitute.  The press conference has become global news. Defense Distributed has always been adept at beating the establishment media. They posted the entire news conference online at Youtube the same day. It is worth watching. The video is reasonably short, at 19:37 minutes. Youtube has a history of taking down Defense Distributed videos. You can click on Thevlogs link to watch it.


Link to video of new conference

I have met Paloma Heindorff a couple of times. Her appearance in the video confirms my evaluation. She is smart, capable, and committed to the principles of protecting First and Second Amendment rights.  From the video:

It’s the most effective and elegant activism I’d seen performed and I wanted to be a part of that.  It’s just so beautiful, isn’t it, to exercise one’s rights like that and to do so in a way that pushes authorities to allow you to. Too often people are perturbed by threats, and I found it incredible that this company persisted.

When the news of the warrant for Cody Wilson’s arrest came out, I wrote that Defense Distributed was an organization. Wilson’s legal problems would not impact the lawsuits involving Defense Distributed and the Second Amendment Foundation.  Director Paloma Heindorff confirmed that prediction, as did two lawyers involved, Josh Blackman and Chad Flores. Both lawyers are involved in the case and work out of Houston, Texas.  Both were confidant about their prospects in the courts.

Director Heindorff stated that she was proud of Defense Distributed.

I cannot be more proud of my team right now. We didn’t miss a beat. No one blinked. No one has missed a day at work. We all come in, we are still shipping, and we have no intention of stopping.

Defense Distributed has not seen a significant dip in sales.

$400,000 dollars has been contributed to the legal fund for the First Amendment and Second Amendment case. None of that money will go to Cody Wilson, who has his own, separate set of lawyers.

In most of the word, it is illegal to make your own firearms. Often, swords and spears are prohibited as well.

In the United States, it has always been legal to make your own guns. People have done so for centuries.

Sheriff Knezovich: Washington State’s I-1639 is Unenforceable And Unconstitutional