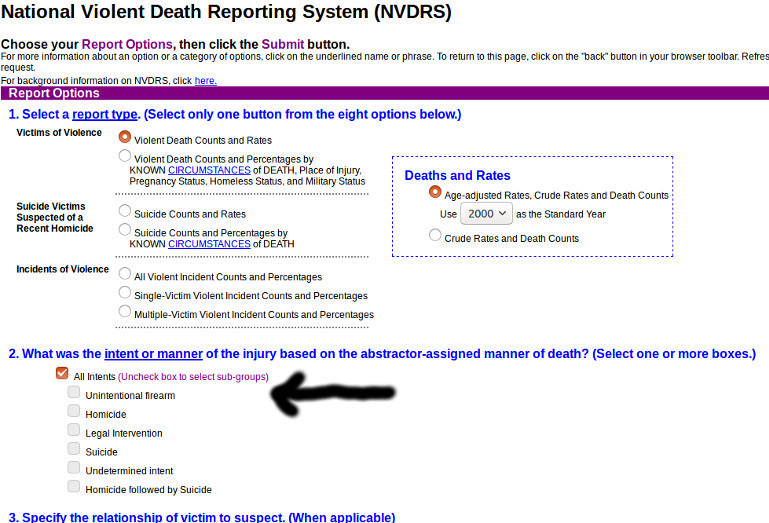 The scientists at the Centers for Disease Control have shown their prejudice against firearms ownership once again. They have done so with selection bias and word manipulation.

Scientists are supposed to evaluate factual information to arrive at testable theories about objective reality.

A problem for all scientists is selection bias.  Scientists, as with nearly all humans, are more likely to include data that bolsters their pre-conceptions, and exclude data that refutes their theories.

The CDC has committed both errors in their National Violent Death Reporting System (NVDRS). It takes self discipline and self examination to fight against selection bias.

The CDC is making a value judgment in favor of one political side of the debate about an armed population. They do so by the selection of what to study, and how to define violence.

Consider the choice of words and the study issue first.

The CDC selects certain violent actions, which may be good, bad, or neutral, and lumps them all together in one category, violent deaths, with the implication that violence is always bad.  Lumping some violent acts together lumps the good, the bad, the ugly all together in a mishmash. Other violent acts are excluded based on value judgments. The numbers are used to promote political values of one side.

The CDC acknowledges this bias. From cdc.gov:

NVDRS defines a death due to violence as “a death resulting from the intentional use of physical force or power against oneself, another person, or against a group or community.” NVDRS collects information about homicides, suicides, deaths by legal intervention-excluding executions-and deaths of undetermined intent. In addition, information about unintentional firearm injury deaths (i.e., the individual did not intend to discharge the firearm) is collected, although these deaths are not considered violent deaths by the above definition.

The rate of death including all age adjusted firearm related deaths in the NVDRS is 9.90 per 100,000 population. The rate in the entire United States in the CDC WISQARS data base for the same year, 2015, age adjusted, is 11.03, about 11% higher.

Using the NVDRS subjective and biased definition of violent deaths, firearm related deaths are 50.3% of the total.

Gun Violence is a propaganda term invented by those who desire a disarmed population. It is used to transfer volition and accountability from humans to inanimate objects,  guns. I suspect the CDC/NVDRS definition of violent deaths was chosen to prop up this effort. Intentional acts are not a disease.

It is selection bias, and it shows the wisdom of forbidding the CDC from using tax dollars to produce firearm related political propaganda.