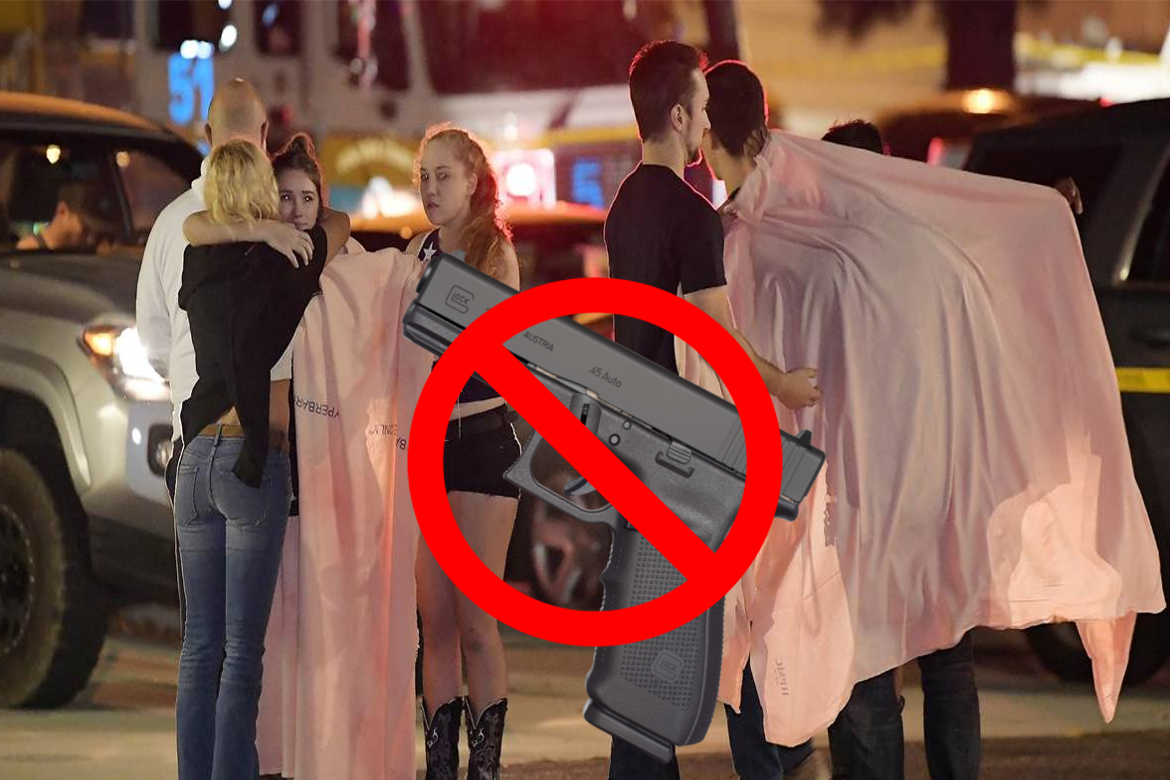 13 dead and scores injured in the latest California sports bar mass shooting. As Americans, political affiliations aside, we all mourn the loss of innocent life. We all wish we could end tragedies like this, but there’s no one fix solution to ending mass murder.

Despite cries in the media for more gun control, more gun laws are not the answer. The only way to end mass murder across the world is to wave a magic wand and delete all firearms and bomb-making materials from off the planet. The media is well known for turning to MDA for policy facts when it comes to these types of shootings instead of experts like John Lott. You’ll also hear them inflate the numbers of mass shootings this year to 300, it’s actually less than 5.

If we could pass one law today, Congress should pass the No Name law. This law would stop the media from using the names of any mass shooters in all reporting, therefore ending all celebrity status, the very thing these shooters crave.

California has some of the strictest gun laws in the nation with an assault weapons ban, a ban on magazines over 10 rounds, a five year Safety Certificate that will run you about $25.00, 10 day waiting periods for all firearm purchases, red flag laws, gun registration, and background checks for ammo purchases. None of which prevented the shooting or the one after.

We are constantly told the AR-15 is the preferred weapon of choice for mass shooters, this couldn’t be further from the truth, and here’s why.

Yes, AR15s are more accurate at longer ranges, however, if you’re a mass shooter, accuracy isn’t your biggest concern, your major concern would be stealth and a high body count.

The AR-15 is long, bulky and the magazines are just as big and bulky, automatically you giveaway your element of surprise walking around with an AR-15. Whereas a Glock is easily concealed and you still have large cap magazines in a smaller frame, which you can swap out pretty fast like this sports bar shooter did.

The shooter, in this case, used a 45 caliber Glock and several extended magazines. The Virginia Tech shooter used a Glock 19 and a Walther P22 and killed 32, wounding 17 other victims. There are many examples we can point to where handguns were used in mass shootings, should we be calling for a ban on handguns next.

In a tragedy like the sports bar shooting, the victims should be the first ones plastered all over the media, individual profiles should be made of each victim and highlight their life history. The shooter should never be heard about or seen.

Furthermore, let’s end gun free zones, we should be hardening as many soft targets as we can with the resources we have. Let’s employ the faster program in as many schools that would have it. Make it easier for legal law abiding citizens to acquire CCW permits, why leave everyone unarmed, sitting ducks and at the mercy of deranged madmen.

Is The Sales Pitch For Gun Control Progressive And New or Worn Out And Pointless?

Black Politicians are Fighting a ‘Stand Your Ground’ Resurgence