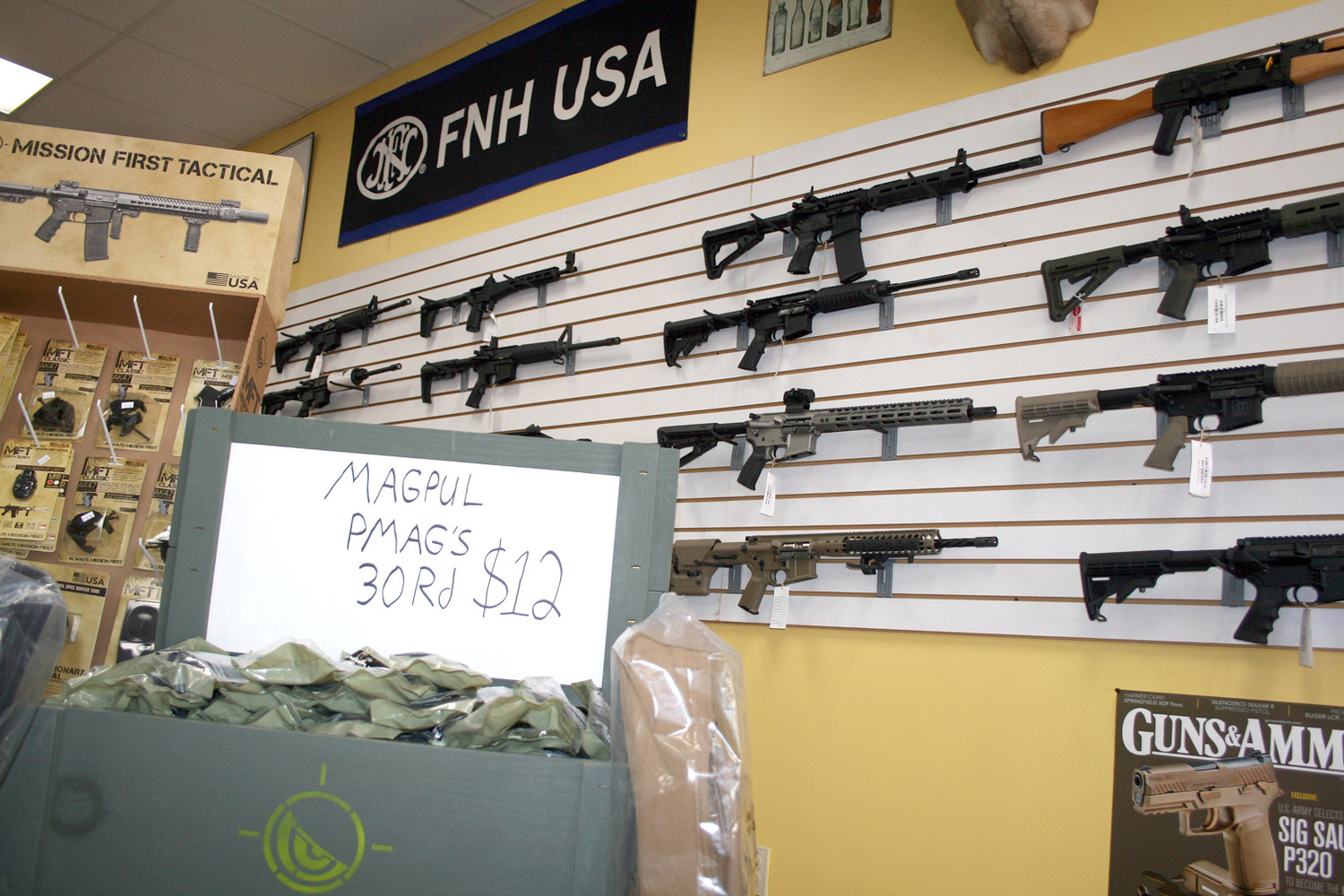 The staff is composed of people who are passionate about firearms and safety.

“I’ve always had a love for the industry,” says co-manager John Collins, who has been with Posey’s retail shop for five years.

Posey is having a Black Friday sale that includes mail-in rebates and deals on ammunition and different sorts of guns.

Co-manager Chase Sneed added, “We consider great customer service our top goal. We try our best to beat big box stores’ prices, and hope Clevelanders will come out and see us about getting their firearms.”

The recent tragedies at First Baptist Church in Sutherland Springs, Texas, and Las Vegas have reopened debates on gun control, according to Posey’s staff.

Collins cites crime rates in gun-free zones such as Chicago as the reason he believes a ban on guns would be useless.

“The world is getting crazier and people are just wanting to protect themselves. Due to the church shootings, we’ve had church members come down here to purchase weapons, as many of them have started security teams,” Collins stated.

“People saying that Congress is wanting to put a ban on magazine capacity, bump stocks and tactical-style weapons has certainly helped our gun sales,” Collins added. “As soon as that hit the news, we had several in stock and we sold out immediately. Since then, we have received several calls each day, asking for these items.”

The staff says handguns are predominantly the favored type of firearm purchase.

The process of buying a firearm requires a valid driver’s license, clean background check and a completed information form, which is run through the Tennessee Instant Check System.

Collins stressed that safety is the store’s No. 1 priority. Safety, and how guns can be if used correctly, are one focus of the entire staff.

Brothers Serve Together in Security Forces Squadron : Face of Defense