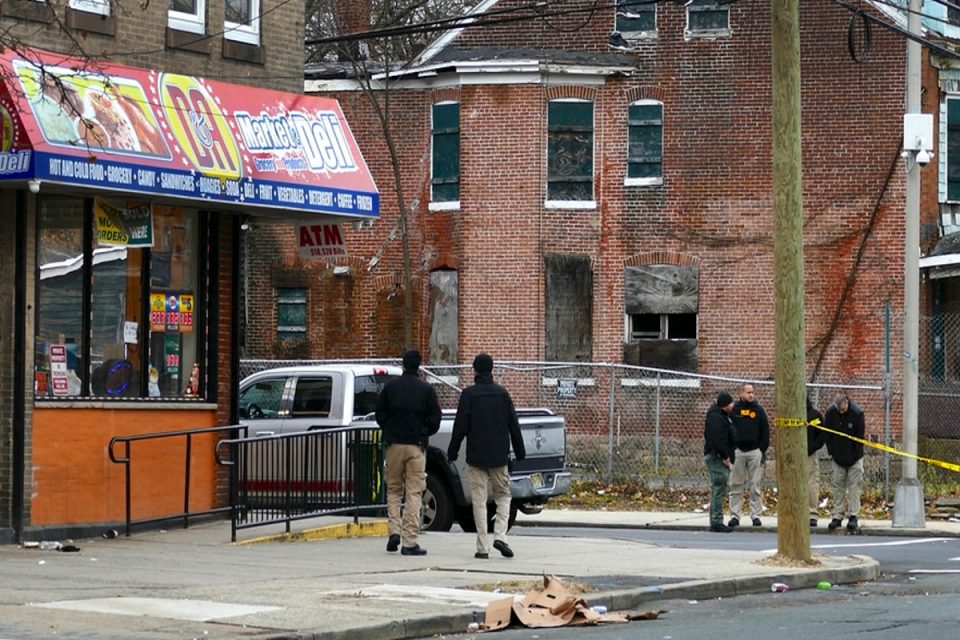 Two thugs chased a 19-year-old woman across the street, into a store, and then executed her by shooting her 20 times. She died on a weekday afternoon in broad daylight. She was killed in front of witnesses in Trenton, the state capital of New Jersey. The murder was caught on security cameras. Jersey politicians and the news media told us time and again that this could never happen. We were supposed to be safe since the rigorous gun-control laws in New Jersey have disarmed the criminals. That obviously isn’t true and Jersey politicians and the news media lied to us. In fact, honest law abiding people were disarmed while the criminals still have guns. Gun control failed again and today, honest people pay with their lives. Have we had enough?

New Jersey has some of the strictest gun control laws in the United States. The Giffords law center funded by Michael Bloomberg gives New Jersey an A- rating for gun-control. I quote,

“New Jersey has some of the strongest gun laws in the nation.. The state requires the licensing of all firearms dealers and their employees, and requires a permit to purchase any handgun.”

New Jersey requires a permit to purchase any handgun, rifle, or shotgun. All purchases require a background check. You won’t get your concealed carry permit in New Jersey unless you are a politicians or a judge. Honest law abiding citizens can only buy one gun per month, but it takes months to get police permission to buy a handgun. Add a state-mandated seven day waiting period on top of those delays. Ammunition magazines are limited to a maximum capacity of ten rounds. Jersey gun owners can be charged with a crime if they are late reporting a stolen gun, and honest gun owners can be held liable for the actions that criminals take if the stolen gun is used in a crime.

Jersey gun laws didn’t stop the murderers who shot the 19-year-old woman from getting a gun and carrying their guns in public.

Those laws didn’t stop criminals. It can take an honest person at least half a year to get a firearm legally in New Jersey.  A criminal buys a new one in an hour off the street.

One horrific story is not the same as data. Unfortunately, this story is repeated day after day across the city. Trenton is the 32nd most a dangerous city in the US, though even that does not qualify as the most dangerous city in New Jersey. (That would be Camden at #4.) 94 percent of US cities are safer than Trenton. Your chance of being a crime victim in Trenton is 1 in 26 each year. Even with all the gun laws in New Jersey, the number of crimes in Trenton increased by 9 percent last year. When we look at only violent crimes, Trenton is 249% more dangerous than the US taken as a whole.

If that is what gun-control looks like, then I don’t want any of it. The reason gun control fails is obvious. In the criminal justice system, only the first crime is expensive: all the other crimes are free. You don’t care if you use a stolen gun or a stolen car once you are going to commit murder. There is no deterrent, no incremental penalty that changes your behavior, once you’re the gang hitman. That is why gun control only disarms honest people..which is what the Dirty Jersey politicians wanted all along.

Gun control works for Jersey politicians, but fails for New Jersey. Honest people die because of it.

Have you had enough?

Trump’s Speech Was Always Going to Be Like That

Red-Flag Gun Laws- Public Safety or Abuse of the Innocent?