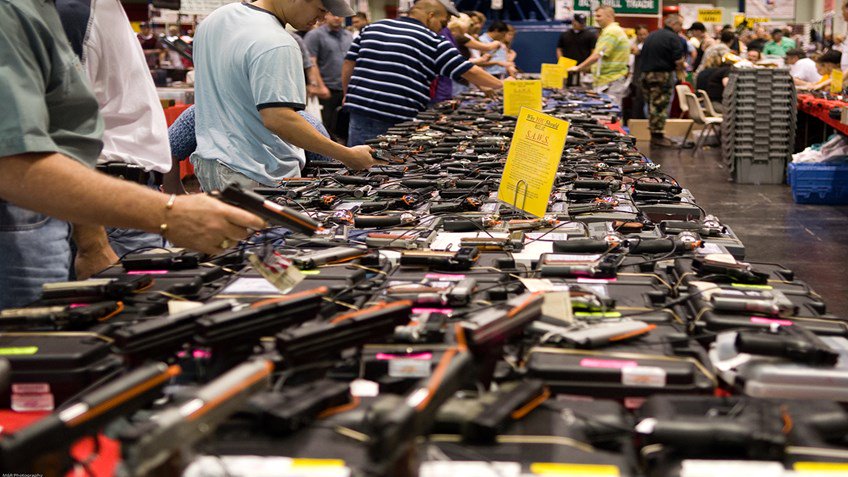 The Federal Bureau of Investigation ran more firearms-related background checks in May 2017 than in any previous May, indicating record gun sales.

The National Instant Criminal Background Check System (NICS) registered 1,942,677 checks this May, according to FBI documents posted Thursday. That represents an increase of over 70,000 checks from the previous record set in 2016. May represents the first time that NICS processed more checks during a month in 2017 than it did in 2016.

The new record comes after many in the media have said the gun industry is in a slump related to the election of President Donald Trump. While the beginning of 2017 saw a drop-off in NICS checks compared with the same time last year, they remained historically high. The National Shooting Sports Foundation, an industry group, said for months their analysis of the raw NICS check numbers show gun sales were at or above record levels in March and April. The group’s analysis also found May’s sales set a new record.

“May of 2017 is the highest NSSF adjusted-May on record and about a 6.5 percent increase over adjusted-May of 2016,” Lawrence Keane, NSSF senior vice president, told the Washington Free Beacon. “It is further proof that the while the industry has come off the peak demand in 2016, the valley floor is higher. The market has returned to a more normalized condition.”

The group said the record sales are driven mainly by organic growth in the shooting community.

Colorado baker back in court over second LGBTQ bias allegation