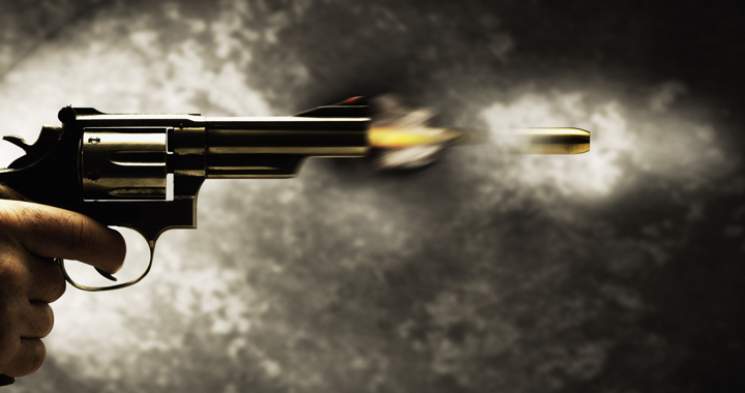 In a wildly sensationalist screed published September 15, the Washington Post burnished its anti-gun agenda without regard to truth. In its “Children Under Fire” piece, the Post seemed to rely on emotional appeals in order to make its point: Youngsters are being shot at a terrible rate and something must be done! The reader is left to imagine just what must be done, but it’s likely to have little to do with supporting the Second Amendment.

Its subtitle warned the skeptic what was coming: “Almost two dozen kids are shot every day in the U.S. This 4-year-old was one of them.” In the middle of this crudely crafted emotional appeal was the heart of the article: “On average, 23 children were shot each day in the United States in 2015, according to a Post review of the most recent data from the Centers for Disease Control and Prevention and the U.S. Consumer Product Safety Commission. That’s at least one bullet striking a growing body every 63 minutes.” The Post continued: “In total, an estimated 8,400 children were hit, and more died — 1,458 — than in any year since 2010. That death toll exceeds the entire number of U.S. military fatalities in Afghanistan this decade.”

The rest of the 12-page bleed was devoted to young children suffering grievously from gunshot wounds. What was not explained was just how much the Post’s “review” altered or ignored some basic facts: the definition of “children” included young adults up to age 18. The article failed to mention that almost 80 percent of those suffering gunshot wounds that year were between 15 and 17, while the remainder were suffered by those between newborn and 14. In order to make its point, WaPo combined the stats and then focused on youngsters caught in the line of fire.

Here are the data from the National Center for Health Statistics for 2015: Among those between infant and 14, the number of firearms-related fatalities per day was 1.2, while the average among juveniles and young adults ages 15-19 was 6.5. Those are fatalities. What about gun-related injuries? Juveniles and young adults ages 15-19 comprised more than 83 percent of those hospitalized with gun-related injuries in 2012, with just 16 percent of those ages infant-14.

The Post could have looked at accidental deaths in the United States in 2014. It would have learned that out of 138,593 accidental deaths, just 586 of them involved guns. Or it could have investigated accidental deaths among children (properly defined as ages newborn to 14), and learned that out of 3,899 accidental deaths sustained by that group, just 50 involved guns, or 1.3 percent. When data from 2015 was analyzed, the total number of unintentional firearms deaths among those aged newborn-14 was tied for the lowest observed since 1981, and was less than a third of what it was in 1995. When combined with the fact that there are 61 million children in the United States between infant and 14, one comes to the startling conclusion that the chances of a child (again, properly defined) being unintentionally killed by a firearm is less than one in a million.

With this kind of bleeding-heart-mongering, it’s no wonder that the Post, and its peers in the mainstream media, continue to suffer a decline in their credibility. For years, Gallup has been tracking that decline, noting last September that “Americans’ trust and confidence in the mass media ‘to report the news fully, accurately and fairly’ has dropped to its lowest level in Gallup polling history,” with only 32 percent of those polled saying they have “a great deal or fair amount of trust in the media. This is down eight percentage points from last year.”

Gallup’s conclusions were backed up by a more recent poll conducted by Harvard-Harris in May, which learned that two out of every three people polled “believe there is a lot of fake new in the mainstream media.” Interestingly, that applies across the political spectrum, with Democrats siding with Republicans in their distrust of the media.

The Washington Post has a right to its own opinion, but it doesn’t have the right to make up, combine, distort, or otherwise ignore the facts when it makes such a lame emotional sensational appeal for more gun control. By doing so, it reduces even further its credibility among Americans interested in the truth.