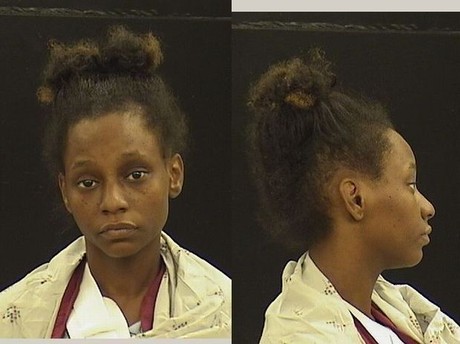 A mother and her two daughters are charged in connection with a home-invasion shootout that left the three women hospitalized.

Tabitha Jackson, 50, and her two daughters, Shamika Jackson, 33, and Victoria Jackson, 28, are all charged with aggravated burglary. All three are in the Cleveland City Jail awaiting arraignment.

The incident happened about 7:30 p.m. Wednesday at Shamika Jackson’s ex-boyfriend’s home in the 11500 block of Harvey Avenue in the city’s Buckeye-Woodhill neighborhood.

The three women have a history of harassing the ex-boyfriend, according to police.

They went to the home with two men who have not yet been identified by police. The group carried guns, a metal pipe and a golf club to attack the 32-year-old boyfriend, according to police.

They smashed the glass front door, police reports say. One of the men pulled out a gun and fired several gunshots at the 32-year-old ex-boyfriend, according to police.

The ex-boyfriend grabbed his gun and he returned fire until he ran out of bullets, according to police reports. The bullets hit all three women. They were taken to University Hospitals for treatment.

At least 18 shots from three guns were fired during the shootout, police reports say.

The ex-boyfriend ordered his new girlfriend to hide inside the home, while he ran out of a back door and hid his gun under a flower pot in the backyard, police reports say.

The two men with Jacksons ran away after the shooting and have not been arrested.