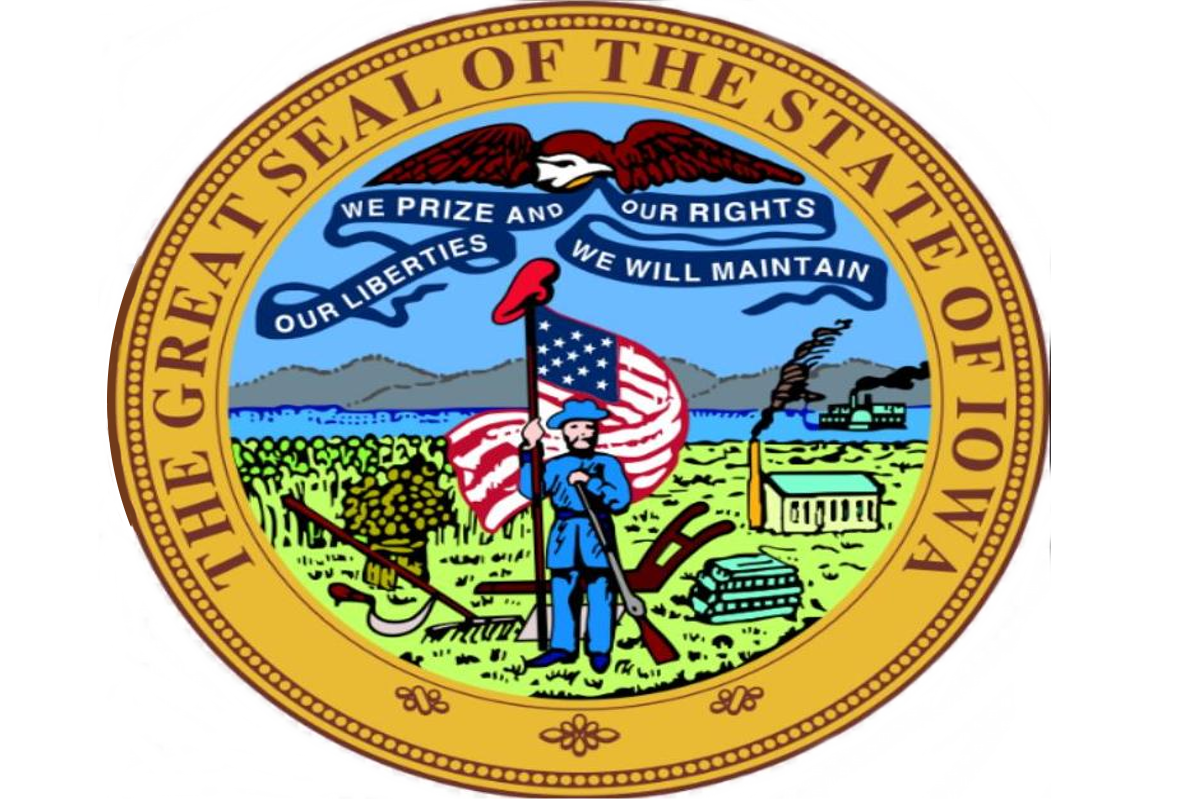 The Iowa State seal proclaims: We prize our liberties and our rights we will maintain.

Iowa is in the process of doing exactly that by adding  a constitutional amendment to protect the right to keep and bear arms (RKBA) at the state level. Iowa is one of only six states that lack some state constitutional protection fro the RKBA.  The proposed amendment is as follows: From iowa.gov:

SEC. 1A. The right of the people to keep and bear arms shall not be infringed. The sovereign state of Iowa affirms and recognizes the fundamental right of the people to acquire, keep, possess, transport, carry, transfer, and use arms for all legitimate purposes. Any and all restrictions of this right shall be subject to strict scrutiny.

Iowa has a lengthy process to amend their state constitution. An amendment must pass both houses of the legislature, with simple majorities. The governor is not required to sign on.

Then an election must occur.

Then the amendment must pass both houses of the legislature, with simple majorities, again.

Then the amendment is put to the people in a referendum at the next election cycle.

Andy McKean of Anamosa, a Republican  who voted against the RKBA amendment, was relected. The other, Dave Heaton, of Mt. Pleasant, Iowa, retired and was replaced by a 21-year-old Republican, who easily won the general election. His name is Joe Mitchell. From thehawkeye.com:

Joe is an avid trapshooter and a balanced budget proponent. He will likely vote for the RKBA amendment.

I have not been able to determine the names of the three Republicans who abstained from the vote on March 18 of 2018.

The Republicans in the House lost just enough seats to be uncertain if they can easily pass the RKBA amendment a second time. The odds are in their favor. But look at the example of Senator McCain in Arizona, who promised again and again, to repeal Obamacare. Yet, when he was the critical vote, he voted against repeal. Are there some of similar liars among the Iowa House Republicans? We will find out in a couple of months.

Might there be independent, Constitutionally minded, Democrats who were recently elected? It seems doubtful. The Democrats in the House voted unanimously against the RKBA amendment.

No right to bear arms Constitutional Amendment referendum has been defeated at the polls.  Voters have passed similar constitutional amendments in other states with wide margins. Alabama passed a similar amendment in 2014 with 72% of the vote; Missouri had strengthened its Constitution just months before with 61%; Louisiana in 2012 with 74% of the vote; and  Kansas in 2010 with 88%.

Iowa is one of six states that do not have a state constitutional protection for the right to keep and bear arms in some way. The other five without such a provision are California, Maryland, Minnesota, New Jersey, and New York. The two outliers are Iowa and Minnesota. Both states have strong Second Amendment activist organizations.

The critical point for Second Amendment supporters is to pass HJR 2009 a second time, in 2019, in the Iowa House. There should be no problem in the Iowa Senate, or with the referendum, barring the influx of tens of millions of dollars to be spent against it by some leftist billionaire who hates the idea of limited government.