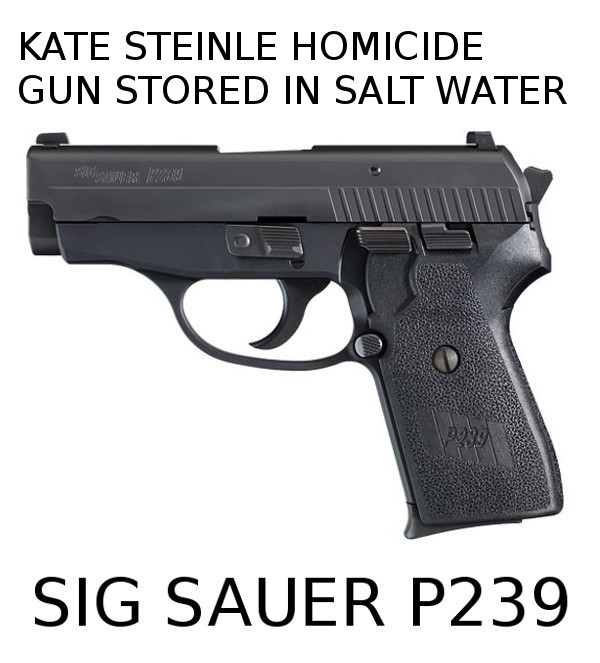 Divers placed the weapon in a Pelican Case filled with murky water from the Bay on July 2, 2015.

Smith said he kept the gun submerged in Bay waters until he tested it July 9, except for when he removed the weapon to test it for DNA on July 6.

Why would a firearms expert keep a firearms, of critical importance in a homicide investigation, stored in salt water?

The storage of the handgun in salt water does not appear to have made a difference in the case. It is simply a weird anomaly that I would like to see explained.