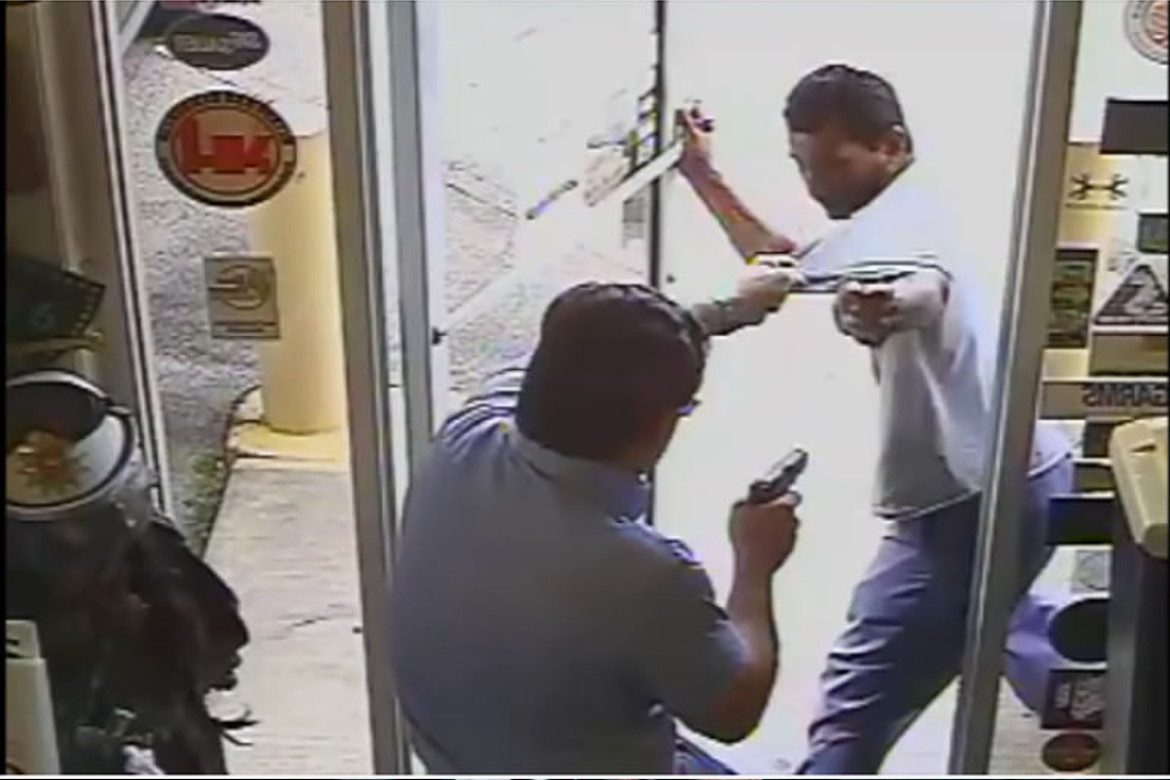 On 3 October, 2018, Michael Dunn shot and killed Christobal Lopez, during a struggle where Lopez was attempting to steal a hatchet from Dunn’s Vets Army Navy Surplus store. The store is located in Lakeland, Florida.

Dunn, 47, was attempting to stop Lopez, 50, from leaving the store while he was holding the hatchet he was stealing. Surveillance video from inside the store showing the last part of the struggle, which ended in a fatal shooting. From tampabay.com:

Still pointing the gun at Lopez, Dunn tries to grab Lopez’s shoulder from behind with his left hand as Lopez makes it out the door, the video shows. Dunn’s hand slips off Lopez’s shoulder but Dunn is able to grab a fistful of the man’s t-shirt. Lopez raises his left arm in an apparent attempt to break free, and then Dunn appears to fire. Lopez falls to the pavement just outside the door. He appears to shake for a moment, then lies still as Dunn keeps the gun trained on him. At the moment Dunn fires, Lopez is holding the door with his right hand and appears to be holding an object in that same hand. It’s unclear if the object is the hatchet that Lopez is suspected of trying to steal when he was shot.


The standard for justifiable self defense, in Florida, is that the defender may use deadly force, if the defender reasonably believes it to be necessary to prevent imminent death or severe bodily injury. From Florida statutes 776.12:

Shoplifting is not defined as a forcible felony.

Note the standard in the statute is subjective, based on what the defender knew and reasonably believed at the time.

You can see the hatchet that was being stolen in the frame from the video below.

If you watch the video frame by frame, it is clear the hatchet came from Lopez hand, and was not placed there afterward. 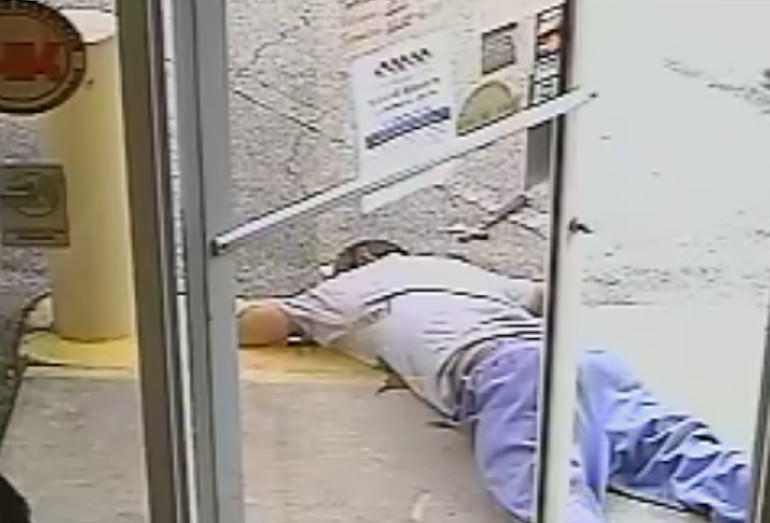 Under Florida law, a person is not justified in pointing a firearm  at another person unless they are in reasonable fear of death or serious bodily injury.

The defense in this case may be that the store owner, Michael Dunn, had a reasonable fear for his life when confronting Christobal Lopez, who was armed with a deadly weapon, the hatchet, which he was stealing from the store.

I am not a lawyer, but it seems reasonable to me to have a firearm pointed at a person who is armed with a deadly weapon, who is stealing from your store.

Michael Dunn was taking a considerable risk in attempting to stop Christobal Lopez from leaving the store with the stolen hatchet. If store owners simply allow thieves to steal without consequences, they may be forced out of business.

People will ask if a hatchet is worth a man’s life. That question could be asked of both thieves and store owners.

Others may ask if a man’s livelyhood is worth defending.

GUN LAWS: Why ‘Reciprocity’ Is NEEDED Between States