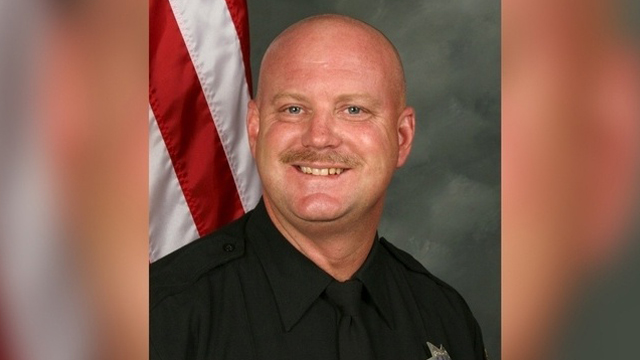 A law enforcement group in California is blaming a prison reform measure backed by Gov. Jerry Brown for the recent death of a sheriff’s deputy in Sacramento.

Thomas Littlecloud, 32, fired more than 30 rounds from a rifle and more than a dozen rounds from a handgun on Aug. 30 during a gun battle with police, according to KCRA. Sacramento County Sheriff’s Deputy Robert French was killed during the shoot out. Now, the Association for Los Angeles Deputy Sheriffs says French’s death was a direct result of Assembly Bill 109.

“AB 109 Leads to Death of Sacramento County Deputy Robert French,” reads the headline of a recent newsletter from the group. The measure was signed by Gov. Brown in 2011, when the state was under court orders to fix its prison overcrowding problem. On the state’s Department of Corrections and Rehabilitation website, the law is described as “historic legislation that has helped California to close the revolving door of low-level inmates cycling in and out of state prisons.”

“It is the cornerstone of California’s solution for reducing the number of inmates in the state’s 33 prisons to 137.5 percent of design capacity by June 27, 2013,” the CDCR website continues.

But in its newsletter, the Association for Los Angeles Deputy Sheriffs paints a different picture.

“One of the central features of AB 109 was the attempt to eliminate the recidivism rate for state parolees – by essentially eliminating parole,” says the newsletter. “State parole agent positions were eliminated, and instead, supervision of newly released prison inmates was given to already overburdened county probation officers in a program known as Post Release Community Supervision.”

These changes to the parole system are what allowed Thomas Littlecloud to be out on the streets, the group says. “He had served three prior state prison sentences: a one-year term for grand theft; a 16-month term for vehicle theft; and then a six-year prison term for assault with a semi-automatic weapon. In all cases, he was placed on state parole, with supervision by state parole agents, upon release from prison.”

The group says, if not for AB 109, Littlecloud would have been in prison. “He would not have been on the streets in August 2017 and able to murder Deputy French,” the group says.

“The blood is on the governor’s hands,” said Mike Rushford, president of the Criminal Justice Legal Foundation, a crime victim advocacy group. “Officers are dying as a result of this.”

“Something is seriously wrong with a policy that allows someone like Littlecloud to stay off the streets and categorizes them as not dangerous,” he said.

But not everyone agrees with the group. Vanessa Nelson-Sloane works with Life Support Alliance, a prisoner rights advocacy group. She says you can’t blame a piece of legislation on an individual crime. “To say that AB 109 is the cause of any law enforcement officer death is a political cheap shot,” she said.

California Department of Corrections and Rehabilitation press secretary Vicky Waters told KCRA that AB 109 didn’t reduce the amount of time Littlecloud spent behind bars. “No laws signed since 2011, including AB 109, reduced the amount of time this person was incarcerated or supervised by law enforcement after release,” Waters said.

“In 2007 he was sentenced to six years in state prison for vehicle theft and assault with a firearm and went to state prison in January 2007 where he served a full sentence until July 2011,” she said.  “(Under laws that have been on the books for decades, inmates get credit for time they were incarcerated during trial.) In July 2011, he was released from state prison to three years of state parole supervision. In 2013 he was sent back to prison for three years for driving recklessly while evading a peace officer and possessing a firearm. (Again, he received credit for time served and other credits that have been on the books for many years.) He was released in November 2014 to the custody of Alameda County Probation where he remained until this incident.”

Still, the Association for Los Angeles Deputy Sheriffs is calling for a closer look at AB 109.

“As we prepare to lay Deputy French to rest, it is time to come together as a state and admit that there is a major problem with the current system,” the group said in its newsletter. “AB 109 is a bad experiment with public safety in California.”