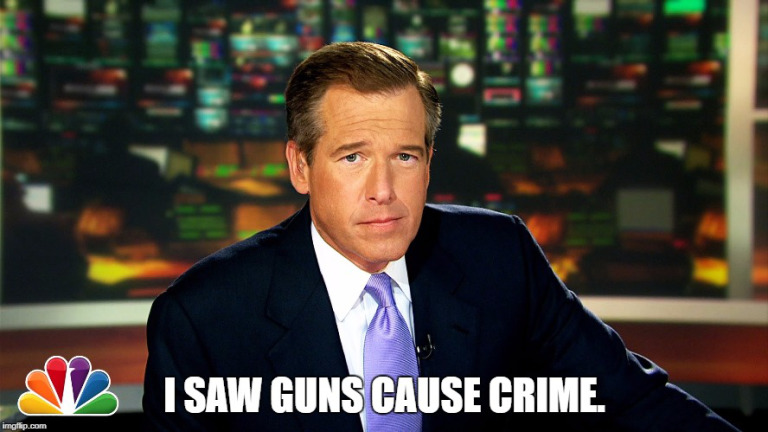 People with impressive titles tell us all sorts of things. These experts are often wrong. They are either talking outside their area of competence, or they are lying to us. I keep seeing examples like this about gun control. The more I learn, the more I have to trust my own research to be sure I have the truth. Have you noticed this too?

No One Owns Guns Anymore? There is a claim that gun ownership is declining and most of the guns in the US are owned by only a few gun owners. I tried to take that story seriously since the report was from the Washington Post rather than the National Enquirer.

It is true that we don’t have solid nationwide data to evaluate that assertion that gun ownership is delining. We do have solid data from some states, and we have inferential data from across the country, both of which strongly contradict that claim.

The federal government doesn’t keep a registry of gun owners. However, gun shops use the FBI national instant background check system to see if a potential gun buyer is allowed to buy a gun. The number of background checks has grown year after year. Gun manufacturers also reported growing cumulative sales to the US market.

In contrast to national data, some states register each gun and each gun owner. Anti-rights states like California, Illinois, New York, Connecticut and Massachusetts require mandatory permits before you can buy a gun. Some require a gun owner’s identification card as well.

We have other data as well. We saw the number of concealed carry license holders increase by about 6 percent to 17.25 million people. Deep in mind that 13 states allow citizens to carry without a permit.

Gun control advocates could argue the point. The growing number of registered gun owners in anti-gun states does not exactly follow the growth of gun ownership nationwide. It is true that each NICS background check does not conclusively document a gun sale. The extraordinary and undocumented claim by the Washington Post is that the number of gun owners declined even though all these other indicators went up.

Only white men living out in the country own guns? We’ve been sold the story that gun owners are old white men. As I said before, we don’t know exactly who owns a gun. We have even less information about the sex and racial makeup of gun owners. As we dig deeper, we find out that even the NRA doesn’t know the racial mix of its members. However, the fundraising group Friends of the NRA does know the race of its members and guests. If there are a group of old, racist gun owners somewhere, then we should have found them here at Friends of the NRA..but we didn’t.

Instead, we found that 40 percent are women. 40 percent are minority members. The average age is between 40 to 45. That looks an awful lot like the rest of the USA.

It turns out that the rate of gun ownership is almost the same between people under 35 years of age, and those 35 and above. What is surprising is that young people are almost twice as likely to carry concealed.

Some states collect information on the sex and race of those who apply for concealed carry permits. More of us are carrying concealed each year, but the rate of women and minorities are applying for their permits is growing at twice the average rate.

We’re killing our school children with assault rifles? California Senator Dianne Feinstein asked questions of Judge Brett Kavanaugh during his confirmation hearings. Senator Feinstein said there were hundreds of school shootings with assault weapons in recent history. I went back over 60 years and counted three mass murders in US schools where semi-automatic rifles were used. None of the attacks used an automatic weapon. Not one.

If they were not mass murders, then maybe Senator Feinstein was confused by less deadly attacks on our schools? The US Department of Education said that there were 235 incidents where a gun was used at a school last year. That number doesn’t match the data bases I’ve seen. In fact, it looks so strange that even National Public Radio questioned the claim. NPR used an independent research service to contact all of the schools who listed a gunshot on or near campus. NPR was able to confirm 11 incidents. Keep in mind that is about a dozen incidents among 130 thousand schools. The rate of 1 in ten thousand schools is certainly not an epidemic..and that is a good thing.

The US leads the world in mass murder? A professor from the University of Alabama released an unpublished report to the New York Times. The professor claimed that the US had 31 percent of the mass murders in the world from 1966 to 2012 even though the US only has 5 percent of the world’s population. No one was allowed to see the data.

Other researchers produced their own report and came up with very different answers. One report said the US had about 1.4 percent of the mass murders, again with a population of 5 percent. The US went from being the most dangerous, to one of the safer countries..and this data is available for review. What should we conclude when the headlines from the New York Times miss the target by a factor of 30 or more?

The more I learn, the more I have to trust my own research to be sure I have the truth. Please let us know as you see more mistakes published by the press.

Feel-Good Laws are Getting Us Killed..and it’s our fault