The fantasy of gun-control is easy. The sales pitch is a politician’s dream. “No one will get shot ever again if we make guns illegal.” That promise sounds great if you don’t know very much. Who wouldn’t want to have world peace and a pet unicorn when all you have to do is mail in two box tops, vote in November, and wait four to six weeks for delivery. Sounds awesome, doesn’t it. What do you need to know to detect the lies inside the gun-control sales pitch? 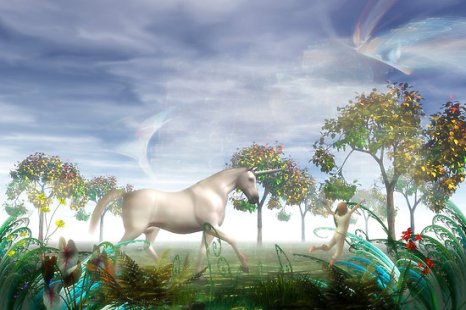 Now hold onto your seats boys and girls, but criminals don’t obey our laws. Criminals break the law every day. That includes the 23 thousand firearms regulations we already have in the books. I can tell by the look on some of your faces that you’re shocked, but believe me this is true.

You see, criminals can’t go down to the local gun store and pass a background check to buy a gun, so they don’t. Criminals don’t stand around for a ten day waiting period either. Criminals get their guns the same way they get their drugs and the other things they sell. They buy guns and drugs from other criminals in the hundred-billion-dollar-a-year black market. Moving a few pounds of steel is easy when you’re already moving tons of drugs and millions of illegal immigrants. Chet the pet gun-control unicorn isn’t looking so good once you know a few facts and how to put those facts together.

Maybe you want hard evidence rather than logic. Would you consider looking at Mexico, Brazil and Venezuela where they have strict gun-control laws and yet these countries are many times more violent than the US. In contrast, we know of one group of US citizens who behave like the extraordinary peaceful and disarmed citizens of Japan. That group is gun owners in the US who have their concealed carry permits. The fact that lawful gun owners are among the most law abiding people in the world is unicorn poison.

Are those statistics too dated for you? We have more evidence right here in the ol’ US of A, and we see it every day. Thousands of honest US citizens use a gun to defend themselves every day.

You didn’t know that? You don’t see lot of that news for two prominent reasons. The first is that crime and armed defense are both relatively rare. We’re talking about a few thousand events out of a third of a billion people. The second reason is that armed citizens have the same effect that armed police have on criminals. Just like when he sees a cop, the idiot who broke into your house wants to run away when he sees that you’re armed. A few percent of the time the criminal needs to get a louder message.

The honest man on the street might not know about armed citizens, but criminals do. That is why criminals behave so differently here in the USA. They look for burglaries when the homeowner is away. Contrast that with how criminals act in disarmed countries. There the criminals want their victims to be at home.

Which seems safer to you, when criminals avoid you or when criminals hunt you in your home? I’m sorry, but the paper horn on the pet unicorn just fell off.

Some criminals try to take our things. Other criminals like the process of robbing us, and they often graduate to sexual assaults. Hundreds of sexual assaults are stopped every day by armed victims. I think that is a good thing, but gun-control advocates say we’d be safer if we disarm young women so they can’t defend themselves. That does not make sense to me, and Chet the pet unicorn is looking ratty.

I think Chet the gun-control unicorn was really a funny looking dog with a cheap die-job wearing a paper cone rubber banded onto its forehead. That won’t stop some people from believing in gun-control. Heck, some people believe in unicorns and think the world is flat.

In the case of gun-prohibition they are sacrificing our safety for their fantasy. Don’t be one of them, and don’t help them come November.

Open Border Advocates Open Pandora’s Box.. And I Like it a Lot.