Gov Wolf said “untraceable guns in the hands of unknown users is too daunting to stand by and not take action.” 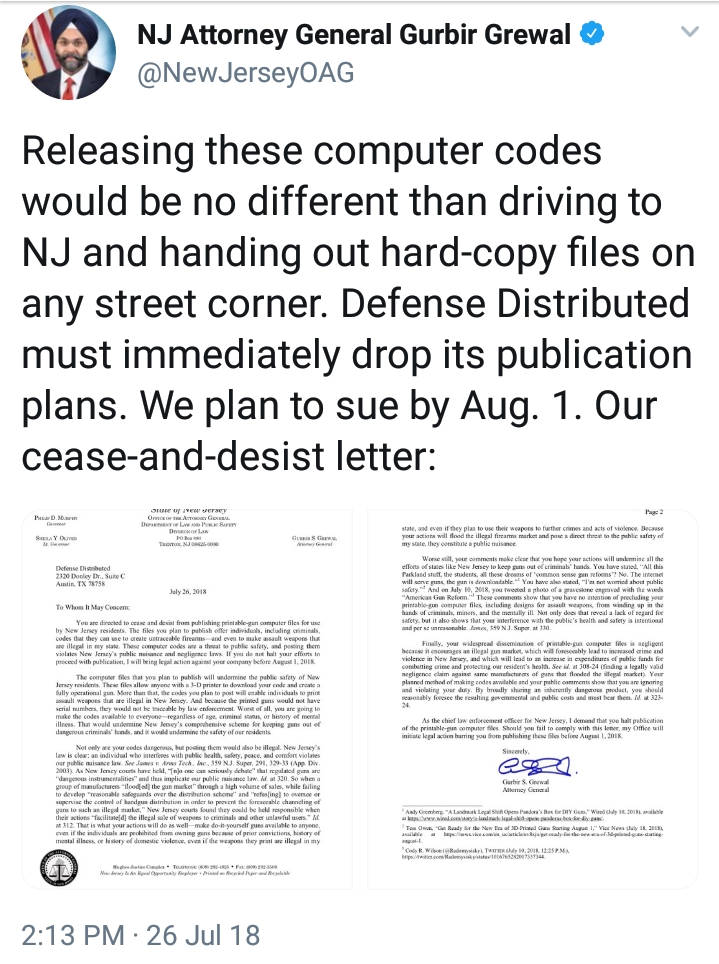 Wilson said Sunday he would temporarily block users with New Jersey IP addresses from accessing the files when they are posted. Later, in an email to NJ Advance Media, Wilson said he “elected to correct your attorney general in court” and filed papers in the U.S. District Court in West Texas.

Resident And Suspect Both Shot During Attempted Home Invasion