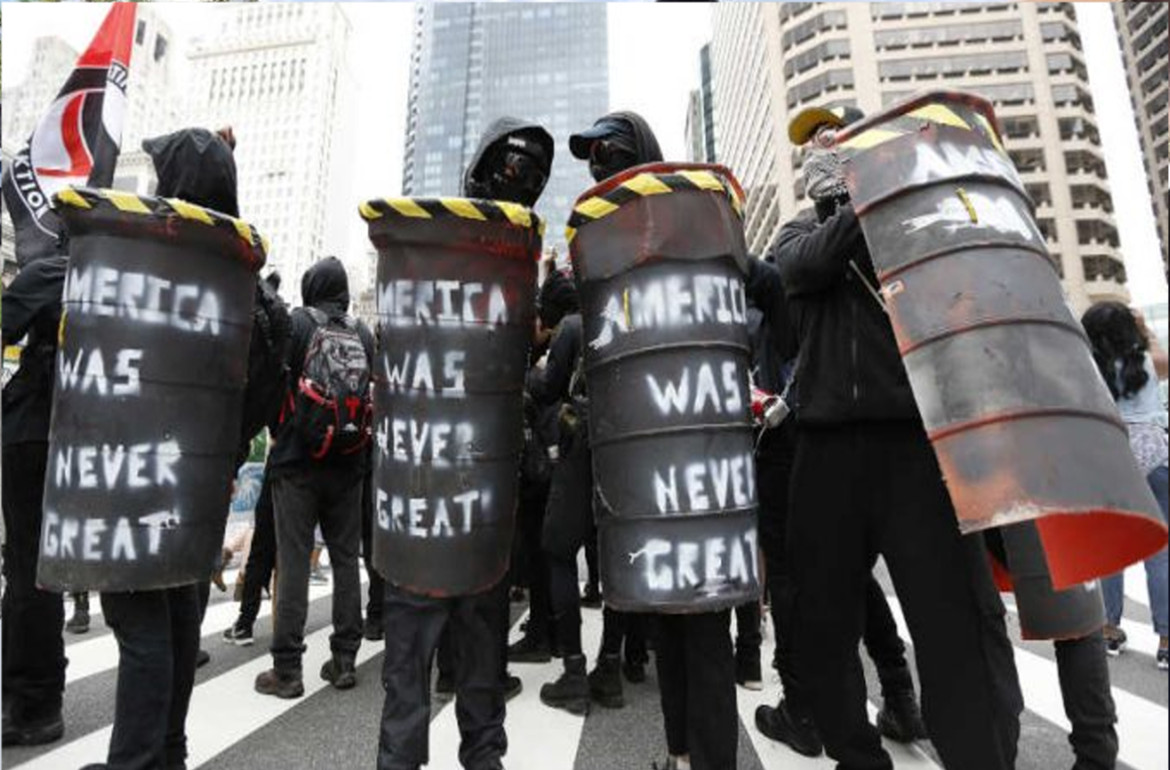 A comedian displayed a bloody decapitated caricature of President Trump and excused it as edgy entertainment. I would be excoriated for incitement to racial violence if I did that to President Obama or any other Democrat political figure, living or dead.

A Socialists critically wounded Republican Congressman Steve Scalise and five others in Alexandria Virginia. We would hear about it for years if a political conservative shot at Democrats..but the media has a double standard for political violence.

Peaceful citizens were beaten and bloodied when Antifa attacked a prayer rally. The attacker received probation. In contrast, the Obama Administration incarcerated an innocent film maker for years because it was politically convenient.

Socialist commentators on a national “news” show said Republican voters were violent racist bigots. There were no consequences for that slander. The contributor continues to appear on Socialist media. Ask yourself this; would we be allowed back on the news if you or I said that Democrats were racist bigots?

There are no repercussions, and it gets worse. This is more than a war of words. Rand Paul was hospitalized after being attacked at home.

Trump spokeswoman Sarah Huckabee Sanders was refused service at a restaurant in Virginia. The news media would have called it Right-Wing-Racism if anyone refused service to a member of the Obama administration.

Senator Ted Cruz and his wife were chased from a restaurant by an organized mob in Washington DC. How would the media react if right-wing mobs chased Democrat politicians and their families from a public place?

Court of Appeals Judge Brett Kavanaugh was accused of being a serial gang rapist without evidence. Equally shocking was the sight of socialist politicians and advocacy groups advocating for the standard of guilty until proven innocent. That frightens me and it should frighten you.

A Democrat congressmen called for more of the same and asked who was going to eliminate President Donald Trump and Vice President Mike Pence.

These protests are funded by Socialist billionaires. Their media strategy is both simple and corrupt. The Socialists media will portray Antifa as righteous and powerful when Antifa thugs beat up on the “right wing”. Antifa will be portrayed as innocent lambs if their victims push back. Without double standards, the Socialist media wouldn’t have any standards at all.

This is part of a larger strategy for the upcoming elections. The political goal is to drive an energetic core of Socialists to the polls. The unintended consequence is the ongoing alienation of independent voters and marginally attached Socialists.

See it for what it is.

Democrats Finally Wake Up to the Dangers of Illiberalism