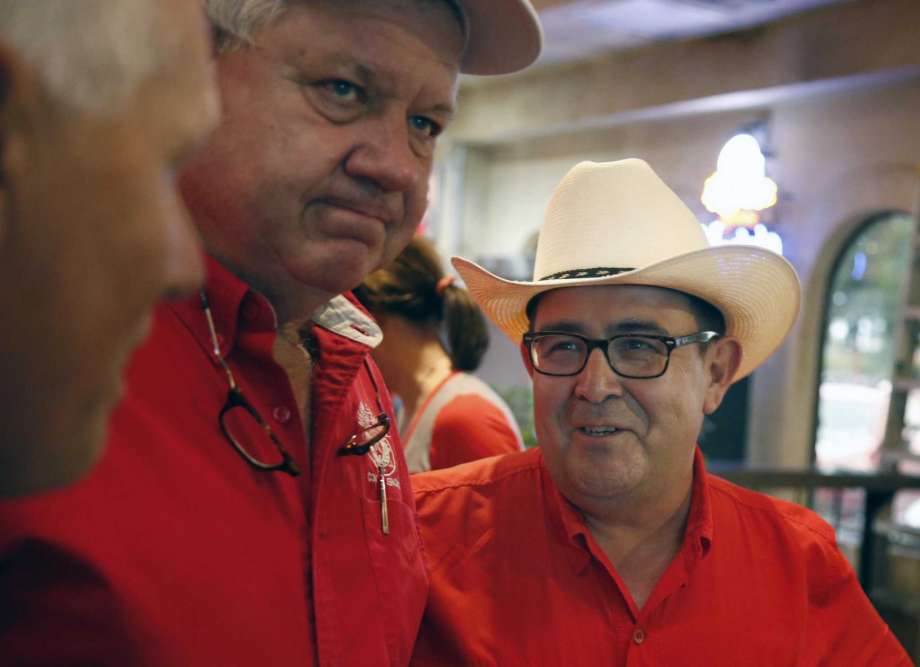 “We conservatives are conservative in the way we make approaches. The gunfight’s not over until the last shot’s fired,” Flores told the Express-News after Gallego conceded in a phone call just before 9 p.m. “The last shot’s been fired.”

Flores mentioned in this victory speech.

“This district has not been Republican since Reconstruction. And in September of 2018, it’s Republican once again,” Flores told supporters. “The work starts tomorrow.”

Mark Jones, a professor of political science at Rice University said Flores’ victory all but assured a Republican supermajority next year, which would allow Senate Republicans to bring bills to the floor without any Democratic support

“Tonight, I doubt anyone other than Pete Flores is happier than Lt. Gov. Dan Patrick,” Jones said.

Patrick, who spent around $175,000 on Flores’ campaign, said the supermajority was secured Tuesday night.

“This guy gives us a two-thirds majority,” he said.