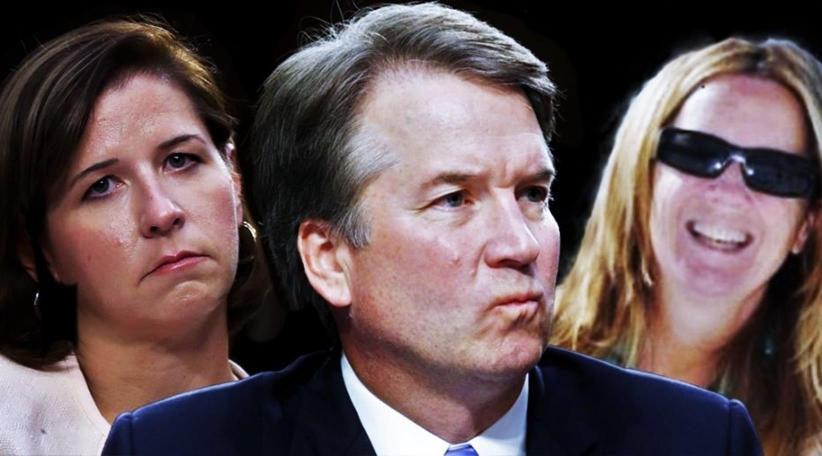 As much as I hate to admit it, I don’t think Roe will be overturned, and the Democrats know it, too.  Of course, they certainly want their gullible voter base to believe that Kavanaugh will overturn Roe to energize that base for the midterm elections.  But it’s not going to happen.

That’s not to say that Roe shouldn’t be overturned.  Roe is a disgrace, breathtaking for its lack of legal reasoning.  As the late Judge Robert Bork pointed out in The Tempting of America: The Political Seduction of the Law, the Roe court didn’t even bother to decide whether the supposed “right of privacy” – transmuted into a “right to abortion” – was to be found in the Ninth Amendment or the Fourteenth Amendment.  The majority merely asserted that it was “broad enough” to include abortion and left it at that.

Despite four decades of Republican presidents pledging to appoint “strict constructionists” who would presumably overturn Roe, the case has been on the books for 45 years now.  It was thirteen years ago that Chief Justice John Roberts, a Republican appointee, stated before the Senate Judiciary Committee that Roe is “settled law.”  In his book A Matter of Interpretation, even the great Antonin Scalia strongly implied that strict constructionists should let sleeping dogs lie when confronted with old cases of liberal judicial activism.

The Kavanaugh confirmation is about the future, not refighting the cultural battles of the 1970s.  And next up on the Democratic agenda is sweeping, national gun control – and possibly even confiscation.  In the 2016 campaign, candidate Hillary Clinton stated that the U.S. needed to consider the Australian model of a national semi-automatic gun ban.  California congressman Eric Swalwell went even farther, explicitly endorsing an Australian-style mandatory gun “buyback” and “going after resisters” here in the U.S.  Prior to the passage of the infamous “SAFE” Act in 2013, New York’s Gov. Cuomo publicly stated that “confiscation could be an option.”  H.R. 5087, the Assault Weapons Ban of 2018, has nearly 200 Democratic sponsors.  It includes a total ban on AR-15-style rifles and magazines capable of holding more than ten rounds, plus a national ban on private transfers.

These policies – and more – are already the law in the liberal bastions of New York, Massachusetts, and California.  All have been upheld by the federal Circuit Courts.

That’s where Kavanaugh enters the picture.  Sitting on a three-judge panel of the D.C. Circuit Court, Kavanaugh dissented when the panel upheld the District of Columbia’s “assault weapons” ban, explicitly stating that semi-automatic firearms are protected by the Second Amendment.  Presumably, his published dissent indicates how he would rule in similar cases on the Supreme Court.

That’s what the Democrats are afraid of.  Look at who leads the opposition to Kavanaugh: Dianne Feinstein, who stated on national television that if she could force Americans to turn in their guns, she would do it, and lifelong New York City gun-control freak Chuck Schumer, author of the 1994 “Assault Weapons Ban” – which was positively tame compared to what is coming next.

With the exceptions of perhaps Joe Manchin, Jon Tester, and Heidi Heitkamp, pro-gun Blue Dog Democrats are all but extinct.  The party is irrevocably committed to national gun control, and the next time its members win a congressional majority, they will enact it.  The gays, the feminists, and the Antifa types in New York, San Francisco, Berkeley, and Austin are salivating over the prospect of disarming the “deplorables” in Texas, Idaho, and Appalachia.

Kavanaugh stands in their way.

Texas Republican Wins District Held By Democrats For Over 139 Years.