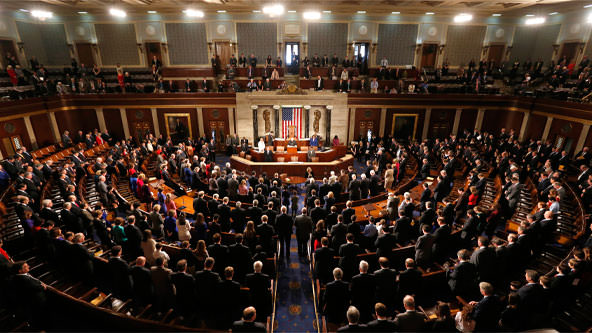 It is usual for the party out of power to criticize the party in power. Elitist Democrats also despise President Trump. The Dems don’t condemn him with such vitriol because Trump is a Republican. They condemn Trump because he is a Conservative. That makes him an anathema to both the big government Democrat and Republican Elites. The elites are creatures of government and they always want more power. It is their cure-all to fix society’s ills. They also want more money, both for themselves and from us.

Elitists politicians spends billions on earmarked projects. They get millions of dollars in kickbacks from overpaid contractors. That is why most career politicians are millionaires after a few years.  This isn’t a battle between Republicans and Democrats, but between the Elites; the Party of Washington versus the parties of the voters.

Clear and convincing evidence is in front of us.  Look at the special election taking place in Alabama. There is a race to replace former Senator, and now Attorney General, Jeff Sessions. The Party of Washington is extremely nervous that they don’t slip into the political minority. The Elite Republicans spent tens of millions of dollars on the primary race that was sure to go to a Republican. Their candidate was another DC elitists. The DC insider lost the election, gathering only 9 votes for every 11 his opponent received. The Republican Establishment candidate lost even though independent campaign expenditures contributed over $100 per vote towards his election. The winner spent a small fraction of that amount.  The winner is Judge Roy Moore.

Could republican candidates have use those tens of millions of campaign dollars in other elections..say in Virginia? The DC establishment doesn’t want to lose a swing vote.  Like Trump, Judge Moore is hated by the elites of both parties.

The Elites are in office for the money. We can vote them out of office any time we’re willing to read their record. Vote for a politician who wants smaller government. Now, would be a good time to start.

Why are the Police More Equal Than You?