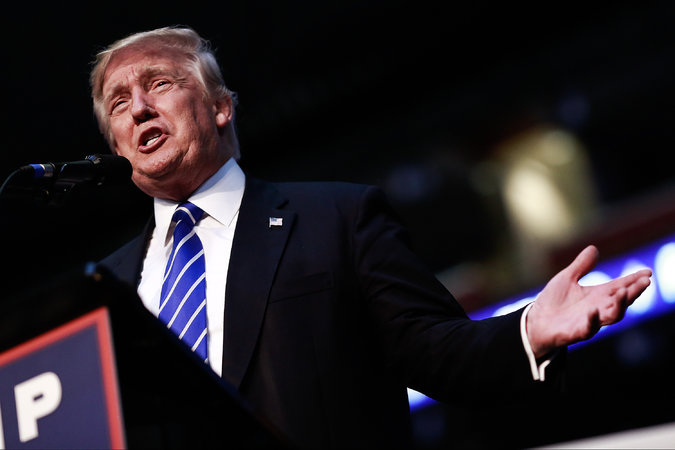 I’ve read the New York Times’ ”bombshell” story three times now, and I’m still not entirely sure what all the fuss is about — at least not if the case being made against Donald Trump is “he paid no taxes for a while!” rather than “he’s not the entrepreneurial genius he says he is.”

For a start, I’m extremely uncomfortable with the anonymity that the Times afforded its sources. Is this how we are going to proceed from now on? Don’t misunderstand me: I am as bothered as anybody else by Trump’s refusal to release his tax returns — and not only because I think that presidential candidates should do so, but because Trump has reneged on a promise that he would. But if the new rule is that any refusal to do so will be met by leaks . . . well, that’s a dangerous path, especially given that the leak could plausibly have come from anywhere, including the IRS.

As for the details in the leak, I must confess to being wholly unimpressed. As far as I can see, Trump did nothing legally or morally wrong, which means that the best case against him is that his not paying taxes is a political problem for his campaign. Insofar as this case rests upon the billion dollar loss per se, I get it; Trump does like to say that he’s a business genius, and he’s quite obviously not. I can also see that it’s embarrassing given that Trump is on record complaining about Americans who don’t pay taxes. But the central argument I’ve seen — that Trump is rich and yet has often paid a lower tax rate than most voters! — is absolute bunk. For a variety of extremely good reasons — outlined well here and here – Americans are not expected to pay taxes on their losses. And, as Ryan Ellis notes over at Forbes, that rule benefits far more people than just Donald Trump:

We were told that this tricky NOL was some sort of “loophole” that only super-rich bad guys like Donald Trump got to use. We were told that this relieved him of having to pay taxes for 18 years, a laughably arbitrary, made up number that is the tautological output of simple arithmetic and wild assumptions.

In fact, a net operating loss is very common in businesses. As Alan Cole of the Tax Foundation pointed out this morning, about 1 million taxpayers had an NOL in 1995. It results from business deductions exceeding business income in a particular year. Under tax rules, this loss can be carried back up to two years, and carried forward up to twenty years. If this is a “loophole,” what are these political reporters suggesting? That a business loss should simply be eaten by the taxpayer? That Uncle Sam should be a full partner in your profits but not in your losses? How is that fair?

Are we to assume from the freakout that these rules should be different if the taxpayer in question is rich? And if so, how so? Sure, Trump has an extremely nice lifestyle, and he had an extremely nice lifestyle during the years he allegedly paid no income taxes. And sure, that must seem irritating to people who have heard only half the story. But, ultimately, there isn’t much of a scandal here. Suppose an inventor came up with a fabulous, billion-dollar product in 1996, but then lost money every year for the rest of his life. Should he be forced to pay taxes on his subsequent losses simply because his pre-existing wealth is considerable? Of course not. Unless the argument is that rich people should pay an annual tax simply for being rich, attacking Trump for following the NOL rules is preposterous.

All things being fair in love, war, and politics, I can comprehend why this has been jumped on; if the Democratic party can convince enough people that this is outrageous, it will profit at the polls. But politics and truth are not the same thing, and this episode should serve as a salutary reminder of that fact.

On Gorsuch, Democrats Need to Choose a Path