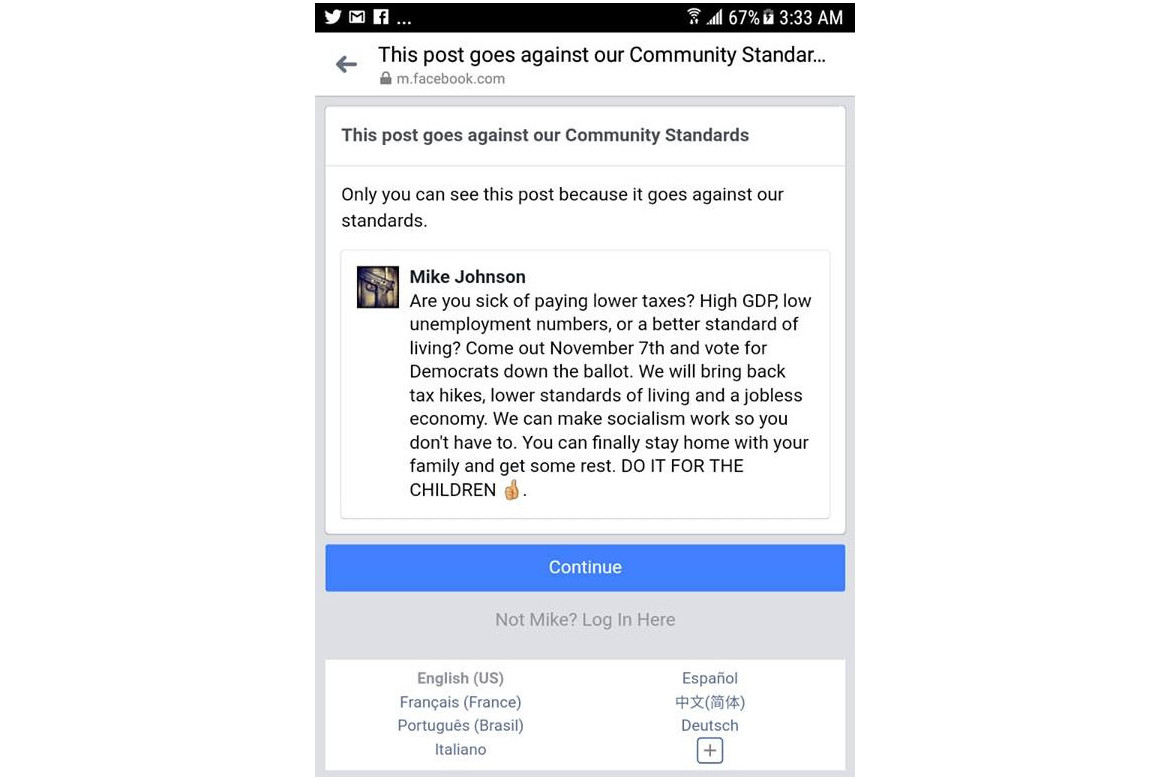 I posted a joke on Facebook about the Democrat Party on Friday, Oct. 2nd. A joke I thought was pretty funny and was not offensive in any way. However, somebody took great offense to my joke and made a concerted effort to have my post removed multiple times, either that or Facebook algorithm deleted my posts.

Are you sick of paying lower taxes? High GDP, low unemployment numbers, or a better standard of living? Come out November 7th and vote for Democrats down the ballot. We will bring back tax hikes, lower standards of living and a jobless economy. We can make socialism work so you don’t have to. You can finally stay home with your family and get some rest. DO IT FOR THE CHILDREN.👍

I’m leaning toward a concerted effort to have my post removed and here’s why. After I made the post, within less than 5 hours the post was deleted by Facebook and there was no way to contest the removal. 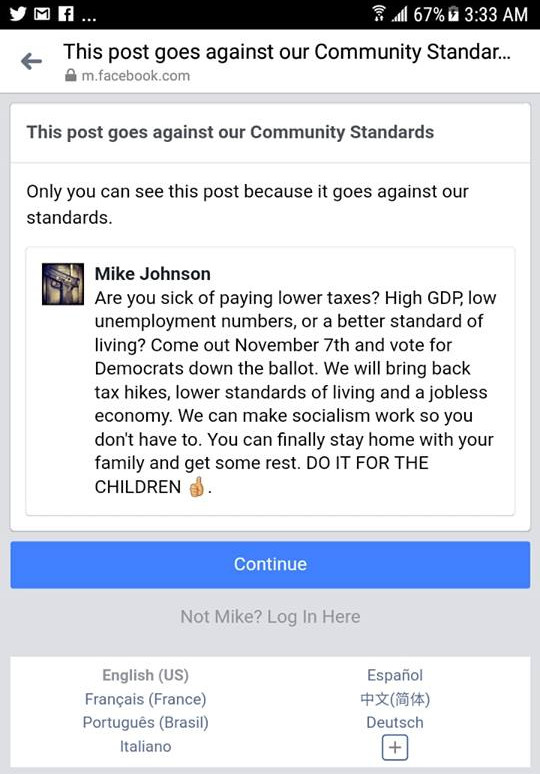 This time the message was “this image goes against our community standards.” And they deleted that image as well. Which brings me to why I think it was a concerted effort. I believe it takes over two people to flag a post to have it deleted. I don’t think Facebook’s algorithm would have read the original post text deleted that and then deleted the post image with the same text all within a day, at least not without some help from some SJWs. 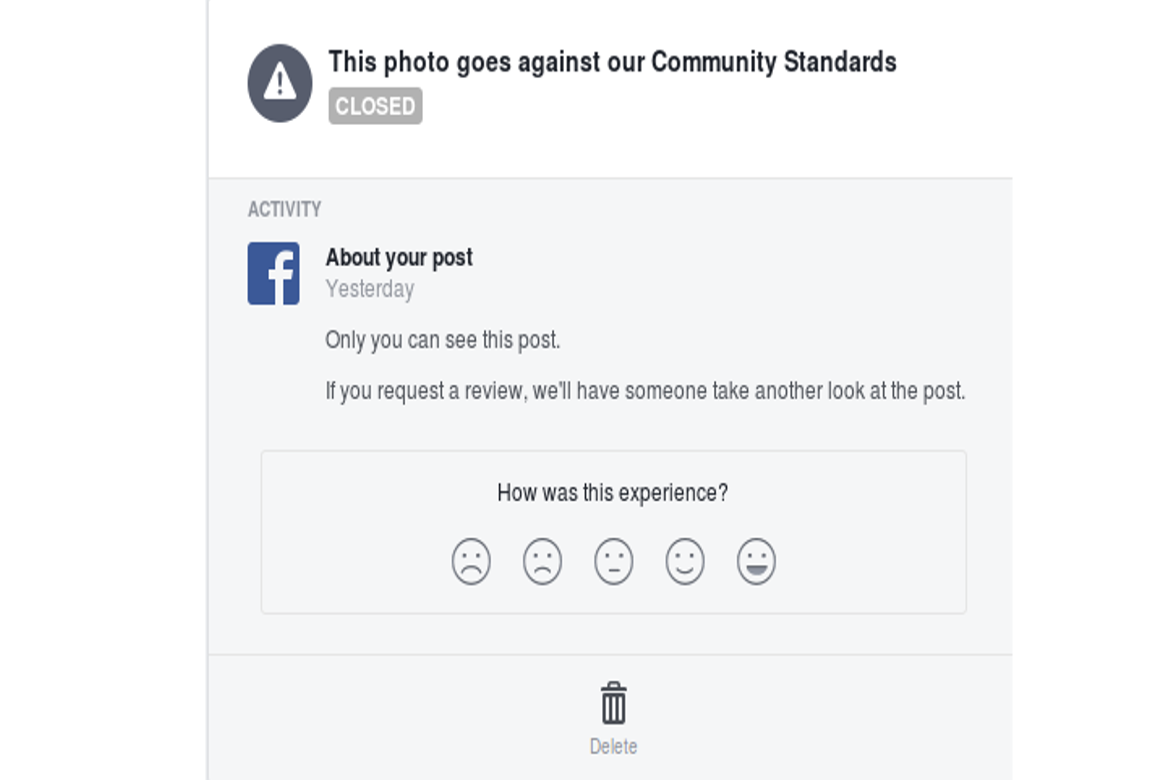 So I reposted image another three times, the image was deleted again, this time with the option for review. However, I didn’t contest it, what would be the point.

Are Democrats that afraid of what I have to say or what we have to say, is the coming midterm elections that critical that SJWs would have to squash any and all dissenting voices.

My Journey Into the Lodge Cast Iron Skillet World

The Holiday Season can be Pretty tough for LGBTQP+ Adolescents

Trump Did Visit The Troops, Many in The Media Have Egg on Their face.