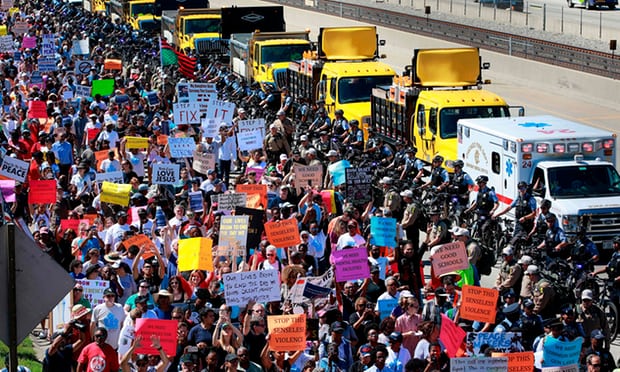 Thousands of Chicago protesters shut down a major highway on Saturday to oppose gun violence and call for stronger gun laws.

Mayor Rahm Emanuel and the city’s police superintendent had voiced support for the protest, which was led by the Rev Michael Pfleger, the charismatic Catholic priest heading a largely African American church in one of the South Side neighborhoods hard-hit by gang violence. 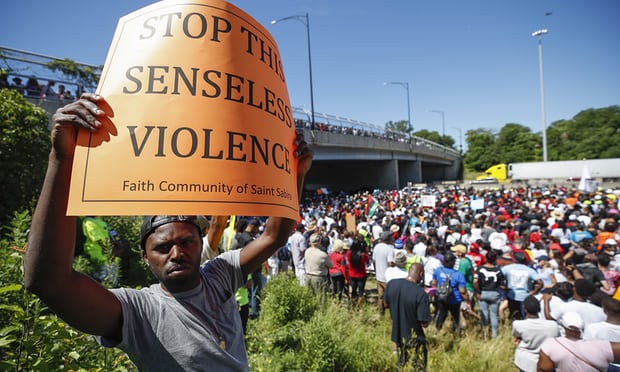 Protesters took over the Dan Ryan Expressway in protest against gun violence, which killed 600 people in the city last year.

The gang on gang violence in Chicago doesn’t fit into the Moms Demand Action agenda, so it doesn’t look like they turned up to help out with the protest. After all, how do you ban guns from people who already have a criminal record and aren’t allowed to own guns in the first place?