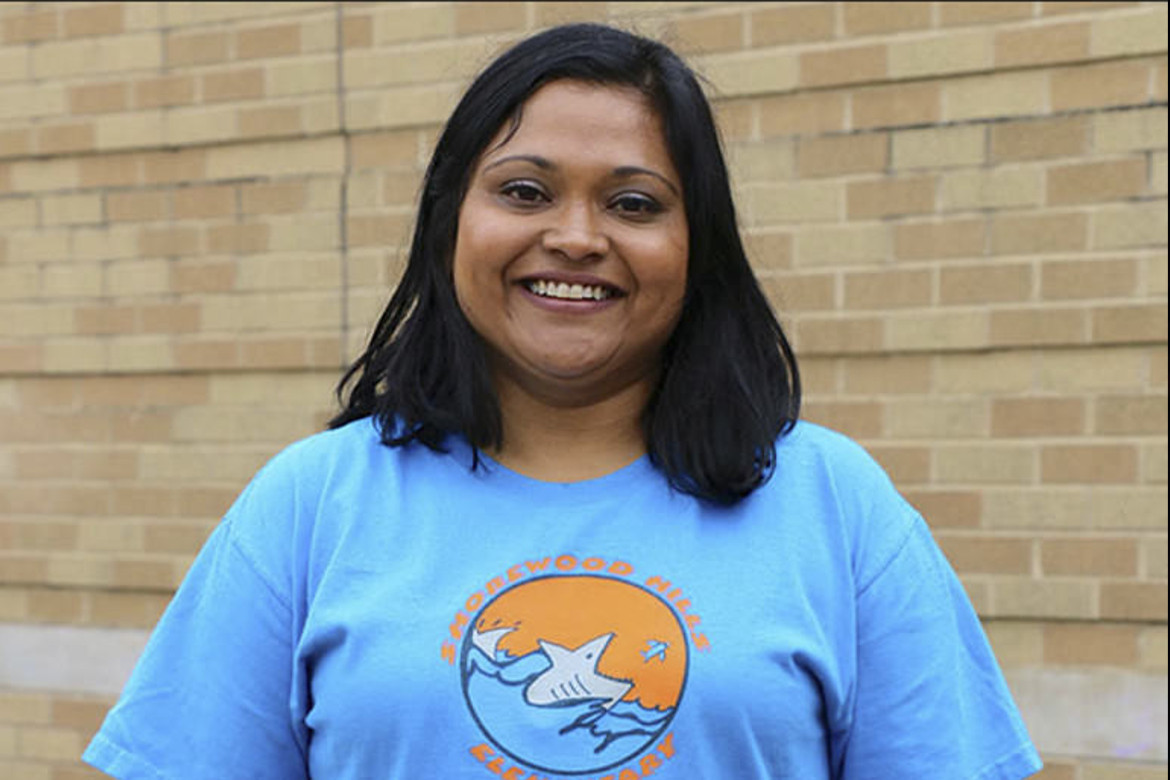 On 22 February, 2018, a lone masked man, wearing baggy clothing, buzzed for entrance to the Shorewood elementary school. Shorewood is a pricey suburb of Madison, Wisconsin, where many of the local elite from the University of Wisconsin, have their children go to school.  It was an hour and a half after classes had started.

The man was buzzed into the school, with no identification, in 2.5 seconds. His face was masked.  He walked straight down the school hall and was not challenged or stopped in any way. Classroom doors were open and no one showed concern.

Jonathan Fitzgerald was a concerned parent who had been attempting to bring security flaws at the school to the attention of the school administration for months.  He was a graduate student at the University of Wisconsin.

A few hours later, he was arrested and charged with disorderly conduct. Fitzgerald had filmed the incident with his iPad. The iPad was confiscated by the police.

The school administration had been embarrassed by Fitzgerald. To people concerned more about appearance than reality, it is an unforgivable sin.

I happened to be in Madison three weeks after the incident, and was able to develop some local sources and old contacts.

The previous September, Fitzgerald’s daughter, in second grade, had wandered out of her classroom, out of the school, and had gone missing for three hours. No one at the school noticed or reported the event. Fitzgerald reported the incident. He met with the principal and the teacher, in the principal’s office the next day. He talked to the school principal, in person, several times, about it and lax security.

After Fitzgerald was arrested, a school official claimed, in a public meeting, that Fitzgerald had never complained to the school previously.

Madison is a very leftist town, dominated by the University. The local elites all know each other. The school administration adopted the classic crybully pose. They were the “victims”. They had been “traumatized”. The school was “disrupted”.

During the incident, no one raised their voice. No one jumped out of their chair. No one ran. The children did not show any particular concern.  When Fitzgerald approached the principal, she was still unaware that anything unusual had happened. It was all over in less than two minutes.

(1) Whoever, in a public or private place, engages in violent, abusive, indecent, profane, boisterous, unreasonably loud or otherwise disorderly conduct under circumstances in which the conduct tends to cause or provoke a disturbance is guilty of a Class B misdemeanor.

A peaceful protest to show flaws in school security was turned into a criminal event.  Fitzgerald could not talk to the media without fear of losing his career. The police had the video. The school denied his previous attempts to have the school take security seriously.

Over several months, concern over the incident died down. Fitzgerald followed the script prescribed by local elites. He did not make any statements. He hired an attorney. The attorney attempted to recover the evidence. He asked for school records of the incident with Fitzgerald’s daughter. The school administration resisted with silence. The police eventually released a copy of the video from Fitzgerald’s iPad to District Attorney, who gave a redacted copy to Fitzgerald’s attorney in May.

The attorney obtained a subpeona for the school records.
Fitzgerald’s attorney was willing to go to a jury trial. The attorney negotiated a plea deal. No jail time and one-year probation.   Fitzgerald plead no contest.
A no contest plea is the legally the same as a guilty plea. In the court of public opinion, it is different.  It means the cost of fighting the charge is more than the person is willing to spend.  The school produced the required records in late September.

The hearing occurred on 27 September, 2018. I happened to be in Madison at the time. I have spent far too many years in Madison over my life. Local sources and contacts fleshed out what happened.

The judge was made aware of Mr. Fitzgerald’s previous attempts to raise awareness of security flaws at the school.  Records obtained by subpoena from the school confirmed Mr. Fitzgerald’s account of his daughter’s absence and his concerns in September.

The attorney offered to show the judge the video of the incident of February 22nd.

The Shorewood School Principal asked the judge to suppress the video showing the school incident, to ensure it was never seen by the public. The request was not granted.

A local judge has to be careful. The judge is part of the local elite. Offend the local elite, and he may not remain a judge.  The School Principal asked for the maximum sentence of 90 days in jail and a $1,000 fine. She played the cry bully card, claiming traumatization and disruption.

Her claims have validity, if you consider the trauma and disruption were to her image.

The judge eliminated the plea deal’s one year of probation. He substituted 200 hours of community service, enforced by a potential 25 days in jail. From wicourts.gov:

Defendant is sentenced to 25 days in the Dane County Jail. That jail term is stayed for completion of 200 hours of community service.

My opinion is the judge did the best he believed acceptable to the local elite. Mr. Fitzgerald was caught in a local power trap he did not understand or conceive of when he planned his two-minute protest of lax school security at Shorewood Elementary.

If I were Mr. Fitzgerald, I would consider the 200 hours of community service a better deal than a year’s probation. Complete the 200 hours, and he is a free man.  A year of probation sets up a year of potential future traps.

Some will criticize Mr. Fitzgerald for not fighting the disorderly conduct charges.  His attorney had the video evidence. The attorney had discovery evidence from the school records for his previous attempts to have the school administration correct the lax security at the school.

I do not blame Mr. Fitzgerald for taking a deal. He suffered considerable process punishment. He had to hire an attorney. They are not cheap. He might have won a jury trial, but the local media, reliably leftist, would be all against him. He is in the belly of the beast.  His career lay in the hands of the local elites, which includes the University of Wisconsin. He has a young family and responsibilities. There might have been limitations placed on the evidence his attorney had. The video was never shown in court. It has never been posted on social media.

Sometimes, a prudent person will minimize their losses, learn their lessons, and move on.

4th Circuit Says 2A DOES NOT Protect America’s Rifle