An anti-rights group said that we don’t use firearms to defend ourselves. Let’s replace fiction with fact.

The good news is that violent crime is relatively rare for each of us on any given day. On average, only one member of our family will be raped, robbed, assaulted or murdered in our lifetime. That means it probably won’t happen to you or me. That also means that violence will probably touch every family in the United States. Those are the numbers provided by the FBI. That is reality, not myth.

Criminal violence might destroy the life of someone you love. The odds of that happening are far higher if you live in one of our failed cities or on the US border where drug gangs rule the night.  Tens of millions of us are not willing to face those odds unarmed. We’re motivated by the severity of the incident, not its likelihood on any given day.

Law abiding US civilians use a firearm for self-defense 6500 times a day. These victims are usually able to stop their attacker without having to fire a shot. Most criminals want what you have, and they look for easier victims once they see you’re armed. 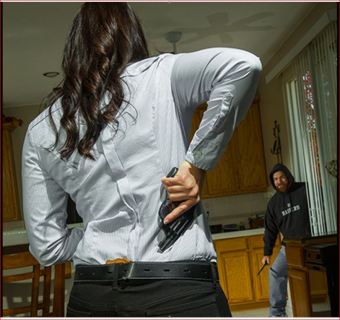 Unfortunately, some criminals want more than your possessions. 7.7 percent of those self-defense cases are sexual assaults. That means a gun is used to stop a sexual assault over 500 times a day. Fortunately, a firearm is particularly effective at stopping rape.

Those are not numbers invented by the NRA. This is data collected by an anti-gun agency of the US government, the US Center for Disease Control.

Something that happens 6 thousand times times a day could be called “rare” when compared to our population of 330 million. It is hardly worth thinking about..unless you or someone you know is one of the victims. Think about it. I know several victims of violent attacks. You probably do too. I wish my friends were armed when they were attacked. Don’t you feel the same way?

That doesn’t seem rare to me at all. I talk about it every week. Thank you for defending the people you love.